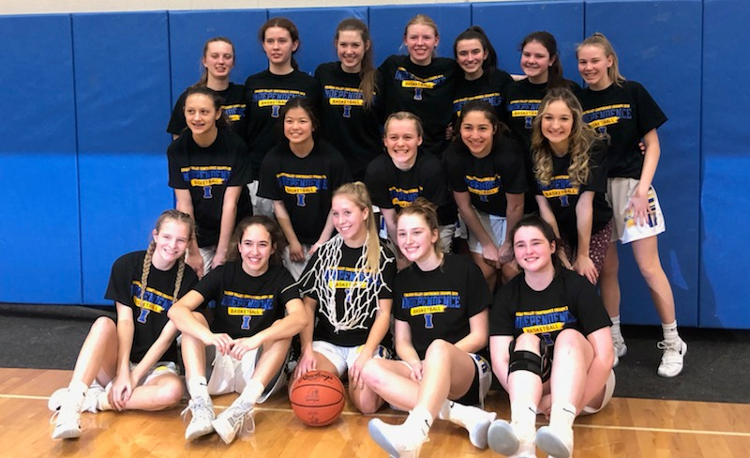 Riley Wilson and Riccela DiGeronimo both scored 11 points to lead Independence to a 46-24 win over visiting Cuyahoga Heights on Saturday.

With the win over their rivals, the Blue Devils clinched its first Chagrin Valley Conference Valley Division title and first league title since 2007 when they played in the Metro Division.

“Winning the title gives us all confirmation that we are trying to do things the right way and that we can adjust and adapt to take advantage of what our player do well.” Independence coach Mike Marcinko said. “I forgot who said this but it applies, ‘No person was ever honored for what he received. Honor has been the reward for what he gave.’ These girls have given a lot to each other and the program.”

Former president Calvin Coolidge probably wasn’t referencing basketball when he uttered that famous quote but it certainly applies to the team first approach the Blue Devils have used this season in winning 16 of their first 18 games and all 12 conference tilts thus far.

Wilson and DiGeronimo led the team in scoring but five others worked their way into the scorebook.

“Offensively, it was just a really good all-around effort,” Marcinko said. “You get fewer possessions when you play Cuyahoga Heights, so you have to execute and get good looks each trip.”

Senior Kaitlin Richards finished with two points to help the Blue Devils win their first league title in over a decade.

“This has been our goal since practice started in October,” Richards said. “Winning conference means a lot to our school, city, and mostly our team. It is such an honor to be a part of this team for my last year as a Devil. This is a huge accomplishment, but we aren’t done yet.”

The Blue Devils were equally effective on the defensive end where they held the Redskins to single-digit scoring in all four quarters and held Cuyahoga Heights standout Brooke Wilson to just two free throws.

“Defensively, we really limited their looks at the rim,” Marcinko said. “Riley slowed Brooke down and the rest of the team worked hard at getting out on shooters and knowing where to be in certain plays.”