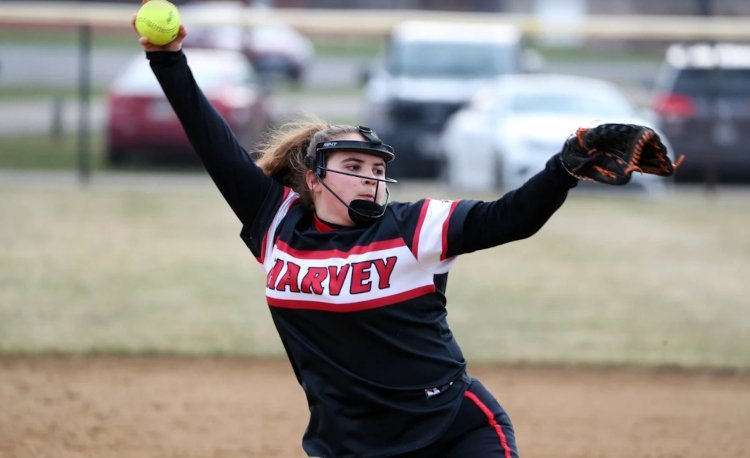 Harvey’s Rachel Boykin was nearly perfect in the circle in the Red Raiders’ 13-0 nonconference win over visiting St. John on Wednesday.

“Rachael Boykin was brilliant in the circle today,” said Harvey coach Betsy Hada. “She set the tone for the team by striking out the side in the first inning and never looked back.”

Boykin struck out seven and walked just one batter. She also doubled home a run in the win.

The Red Raiders waited patiently to get on the field for the first time and they made the most of the opportunity.

“This was our first game and first win of the season,” Hada said. “Our team is getting better with each practice and game. I am excited to see what the season holds.”

Good things are in store for the Red Raiders if they can match Wednesday’s output in the future.

Lola Thomas went 2-for-3 with a double and a triple, two runs scored, and a run batted in. Josie Basco added a double and two RBI and Diane Cortes was 1-for-1 with two walks and two stolen bases.

“Mira DiPierro showed off her range and strong arm in the top of the third,” Hada said. “She threw out the first two batters by getting a glove on two potential base hits in the five-six hole.”