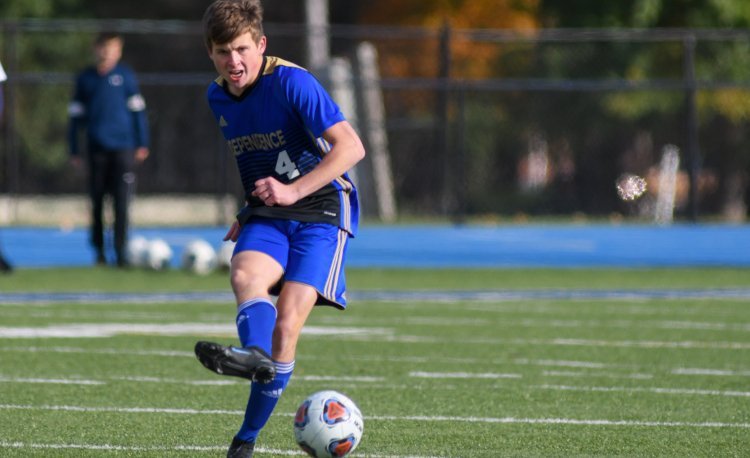 A new era in Independence soccer started with an 8-0 win over visiting Cardinal on Aug. 12.

That was a great start for the Blue Devils, who finished 13-5-1 overall and 4-2 in the Chagrin Valley Conference Metro Division last season.

With six returning starters and a new head coach, the Blue Devils look to maintain their high standard of play in 2022.

“A nice core of returning veterans with playoff experience, combined with developing, and new players entering the program, should keep us competitive in games,” said first-year head coach Brien McDonald. “Like most schools, we graduated players in key positions. Veterans, rising players, and new players must fill those cleats at forward, midfield, defense, and in goal.”

The Blue Devils return several talented scorers but the team has relied on a strong defensive unit to fuel its success over the years.

“Consistent team defense has been the hallmark of the Independence Blue Devils boys’ soccer program,” McDonald said. “That needs to continue this season.”

Up top, senior forward Kyle McGovern is dangerous with the ball at his feet, and midfielders Sam Eisenmann, a senior, and Khalil McDonald, a junior, provide the complementary pieces to stage a formidable attack.

“A multi-sport athlete, Kyle is also a top cross country runner for Independence, and we look forward to him expanding his soccer role this season,” Coach McDonald said. “Sam continues to develop and improve from season to season while playing the different positions asked of him by the Independence coaching staff. We expect that to continue this year. Khalil has been one of our most consistent players since donning the Blue Devils uniform. His experience will help many of our players adjust to new positions.”

“Charlie continues to grow as an athlete, soccer player, and leader. The marriage of those three attributes should bring us the best version of Charlie in his fourth and final soccer season for the Blue Devils,” McDonald said. “Joey continues to be one of our hardest working players. A team-oriented player who leads by action not words in practice and games. We were happy to see Matt recognized by the GCSSCA last season for all his defensive efforts, and we expect even more this season.”

The Blue Devils have plenty of holes to fill, including in the net, but the returning group provides McDonald with a solid core of talented players that should keep Independence in the hunt for the conference title.

“We are excited for the upcoming season,” McDonald said. “We hope to build upon last season’s success, and as always, look forward to competing for a CVC championship against formidable opponents.”