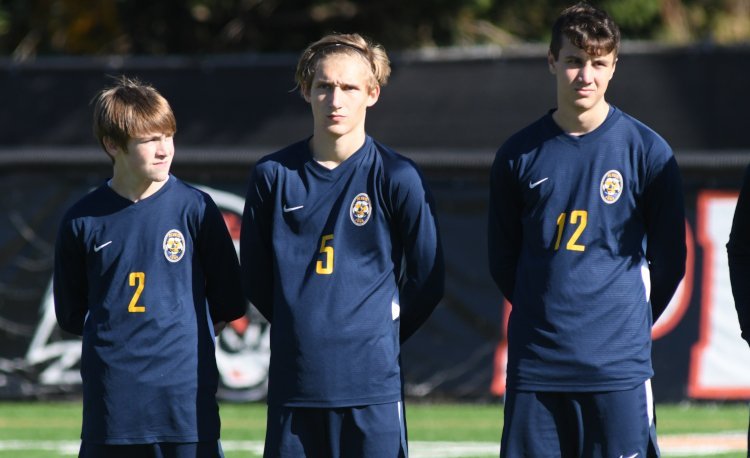 A new era in Kirtland soccer commences on Tuesday as the Hornets open their season against Geneva.

They’ll do so with just three returning starters from last year’s team that finished 18-3-1 overall and 7-0 in the Chagrin Valley Conference Valley Division before making a run to the Division III regional championship game.

“I’m always optimistic about a new season,” said Kirtland coach John Valentic. “With last year’s class—nine seniors–graduated and only two seniors returning, there is a great opportunity for the younger players to step up and make their mark.”

Kirtland’s graduation class included one All-American and an All-Ohioan and it’s impossible to replace that caliber of player.

Instead, Valentic will make the most of the talent he has on the roster and put those players into the best position possible to succeed.

“We will continue to focus on our identity and culture,” he said. “Standards and expectations are set at training. If we can uphold those, then the games will take care of themselves and so too will the areas in which we need to improve.”

“Austin has a great work ethic and a strong, accurate shot,” Valentic said. “He saw plenty of minutes last year and that experience can only help him reach his potential.”

Sundararajan, who scored nine goals with 10 assists, and Barisic, who recorded one goal last fall, both are midfielders.

“Anand is a returning starter and he will have a big responsibility to continue facilitating play, setting up the forwards, and winning tackles in the midfield. He does the work that often gets unnoticed,” Valentic said. “Nickolas has been a starter since his freshman year. He has moved from central defender into the holding midfield position. Already a proven ball winner, he has improved his passing and attacking ability and will anchor the midfield. He missed most of the regular season with a back injury, but has plenty of soccer experience to make a big impact.”

Mueller is a defender who scored one goal last season and Green will step in at goalkeeper after minding the net for the JV team last year.

“Owen is a tough, athletic defender who reads the game well and is an excellent 1v1 defender. It will be difficult to get by him,” Valentic said. “Jack was the starter on the JV team last year and has improved immensely. He will be ready to start and anchor the defense.”

Kirtland’s key to success this season is to forget about the players who have graduated and focus on developing into a cohesive unit that controls possession and makes the most of its chances.

That’s never easy to do with a young, inexperienced squad but the Hornets have proven year in and year out that they’re up to the challenge.

“Besides staying healthy, we need to incorporate the new players to the varsity team in a way that helps their development as well as the team’s progress,” Valentic said. “The younger, less experienced players need to find their way and believe that they can and will contribute to the team’s success.”