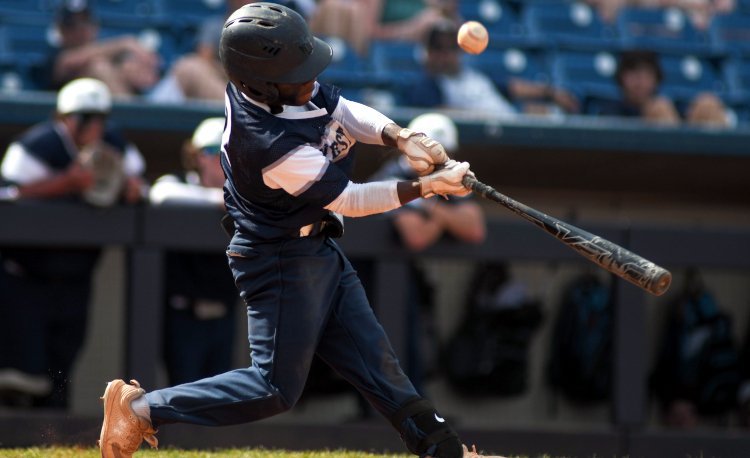 EASTLAKE–Ty Boze hit a two-run triple to lead West Geauga to a 4-2 win over Notre Dame-Cathedral Latin in the Captains Charity Classic at Classic Park on Sunday.

NDCL scored single runs in the first and third innings before Boze stepped up to the plate in the top of the fifth inning.

Travis Velba started the rally with a leadoff single and Brody Gruber drew a one-out walk. Kyle Osicki singled to load the bases.

After a strikeout left the Wolverines with just one out, Velba stole home and then Boze drove a 2-1 pitch into left field for a 3-2 lead.

Ryan Garvey led off the West Geauga sixth with a single. Ricky Platt drew a walk, and Brett Ringenbach singled to load the bases with no outs. Anthony Miller then hit an RBI single to push the West Geauga lead to 4-2.

Platt walked the first two NDCL batters he faced in the bottom of the seventh but Nate Mikonsky took the hill and retired the next three Lions to seal West Geauga’s win.

Boze finished the game 2-for-4 with two runs batted in. Garvey also was 2-for-4.

Platt earned the pitching victory after throwing 1 2/3 scoreless innings. Mikonsky earned the save.

Being able to keep their composure in the batters box was important for @WestGAthletics and head coach Derek Buell hopes that his team can use this as momentum for the rest of the season #NHBaseball pic.twitter.com/3QLPAcM3gC

His two run RBI triple turned things around for @WestGAthletics, Ty Boze talks about how the Wolverines bats were able to stay composed through the 10 K’s of NDCL’s Sam Slodic #NHBaseball pic.twitter.com/NpjXgsYCNj

The Pirates dropped a 7-6 decision to Riverside in the first of three games at Classic Park.

Perry led entering the seventh inning, 4-1, but the Beavers scored six runs in the top of the seventh and then held the Pirates to just two runs in the bottom half of the inning.

Sam Tharp led the Pirates at the plate as he was 2-for-3 with a run scored. Luke Sivon was 2-for-4 with a run batted in, and Isaiah Haas, Jacob Caldwell, and Logan Buehner also knocked in runs for the Pirates.