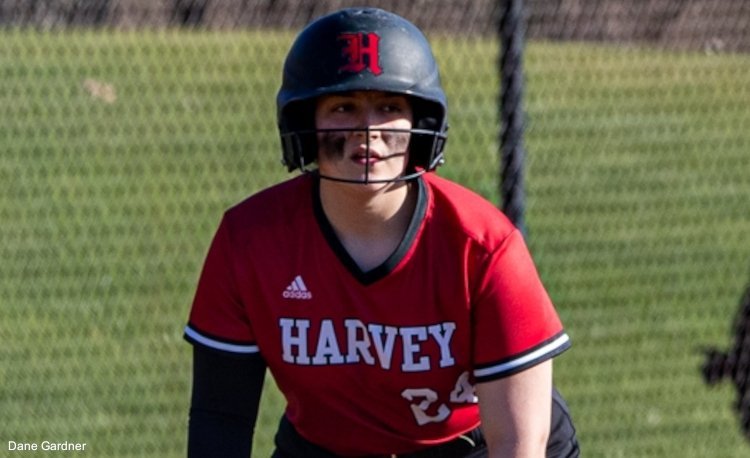 The Red Raiders improved to 6-0 overall and 4-0 in conference play.

“The team came out ready to play Harvey softball this morning,” said Harvey coach Betsy Hada. “We made adjustments when needed and played our best softball, which is our goal every day. We seek to take care of business and leave it all on the field. Our commitment to this mentality reflects in the results we produce.”

Harvey took a 2-0 lead in the bottom of the first inning.

Basco and Thomas both stole home.

The Red Raiders added five runs in the third.

Again, Basco started the rally with a leadoff walk and Thomas and DiPierro hit singles to push the lead to 3-0 but Thomas was thrown out at the plate. Diane Cortes then drew a walk and Rachel Boykin singled to reload the bases. Leah Miller followed with a two-run double and Alyssia Franklin hit an RBI single. Miller scored on Avi Dolgoff’s single.

Harvey added a run in the fourth and two in the fifth to invoke the run rule.

Thomas led the way for the Red Raiders at the plate as she finished 3-for-3 with two runs scored. DiPierro, Miller, and Dolgoff each finished with two hits. Miller had a double and a triple in the game.

“It was a true team effort today with the bottom of our order contributing five RBI,” Hada said. “Plus, Leah Miller came up big with a double to centerfield and another deep line drive to right field for a stand-up triple, not to mention Lola Thomas sprinting out two ground balls to the shortstop.”

Boykin went the distance in the circle. She allowed six hits and struck out four in five scoreless innings.