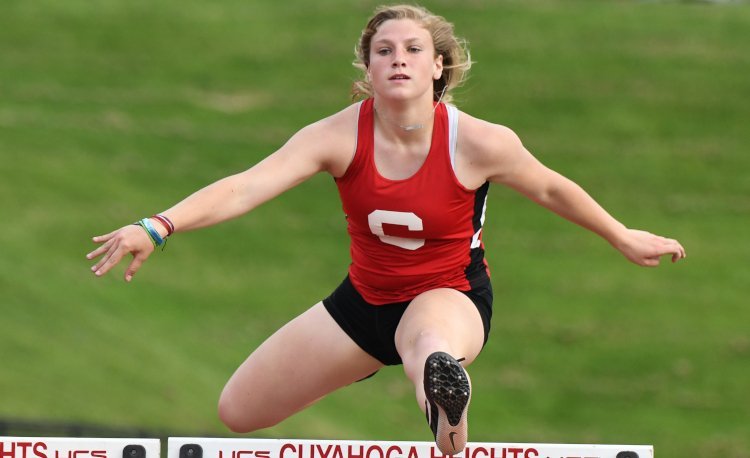 Cardinal’s track teams enjoyed their fair share of success last spring and this season, the Huskies hope to build off of that momentum.

On the girls’ side, the Huskies return one state place winner in Karalyn Rutkowski, who finished 10th in the high jump, and a host of others who have the potential to thrive in the postseason.

“The outlook for the Cardinal girls is to improve upon our finishes last season and continue to grow as the season moves on,” said Cardinal coach Greg Cicero. “We had a solid indoor season and now that everyone is together, there is momentum to be better. There is nothing given as to what spot each athlete has and the only thing that will determine the events they compete in is competition in practice.”

Cardinal’s boys’ team returns a host of athletes who have the potential to leave a lasting legacy.

“We return a solid core that performed consistently last season of Mike Soltis, John Avalon, Tony Soltis, and Aidan Gallagher,” Cicero said. “They return with something to prove and Mike, John, and Tony look to leave their mark in Cardinal history. Aidan will be buoyed by a fast group of freshmen who have been impressive in practice to start the season.”

With the addition of several more distance runners, the Huskies hope to compete for a league title and more.

“We have added some more distance runners which will be helpful in filling out a lineup,” Cicero said. “The Chagrin Valley Conference Valley Division is a tough conference and to be able to compete with all schools will take a great effort. We have the talent, but the talent must come to compete that day.”

Ronee Collins won the league title in the 100-meter hurdles last spring. She’ll be counted on to again perform well for the Huskies. Lily Ayer, Rutkowski, Lauren Soltis, and Carly Ayer have been consistent scorers.

“They all have valuable experience in the past year that will allow the younger and newer athletes to use them as a resource throughout the season,” Cicero said. “Ronee was the CVC Valley champion in the 100 hurdles while being a part-time track athlete. Now that she is full-time and committed to being better, watch out for her.”

Lily Ayer enters the track season following a fall that saw her qualify for the regional cross country meet and a strong indoor track season.

“(Ayer) has had the best running year of her life so far being a regional qualifier in cross country and running a lifetime-best in the 800 in indoor track,” Cicero said. “She has added speed to her endurance and will be a key for us.”

“(She) looks much stronger already this season,” Cicero said. “She has a good burst of speed and will contribute more in the sprints this season.”

Audrey Avalon showed promise in the throws last spring and Cicero expects an even better season from her this year.

“Audrey Avalon will be more consistent in the throws this season and has benefited from a strong indoor season,” Cicero said. “I would expect her to compete for all-conference honors this season.”

While Cardinal returns a strong core group, the Huskies are short on numbers, which will provide many challenges this season.

“Our team numbers are down and we have lost a few girls to previous injuries that will keep them out for the year,” Cicero said. “Our athletes are going to have to compete in multiple events so the idea of specializing is going to be difficult. There is already a willingness to step up and try new events to fill the gaps; we will need that from every athlete to be competitive.”

Fortunately, the Huskies have plenty of experience to lean on this season.

“Our sophomores through seniors have been pressure-tested and know what to expect in most situations,” Cicero said. “Mentally, this team is tough and will compete to the end of every event. We have quite a few athletes with experience into regionals, which allows them to be prepared for the long season. We are more focused in the weight room this year and that will be beneficial as the season progresses into May.”

Cardinal’s boys’ team lacks the depth and experience of the girls’ squad.

“(Our biggest challenge is) the stark difference between experience and inexperience,” Cicero said. “I feel that Mike and John have been with the program forever and have competed in so many big meets, while a majority of our athletes have not competed in any high school meets. Trying to find the best relay combinations and individual events is going to take some time.”

Cicero will lean on his most experienced athletes to provide a consistent performance each time the Huskies hit the track.

Mike Soltis advanced to the regional meet last season in both the shot put and discus.

“He has one goal in mind this year and has formidable competition to achieve that goal,” Cicero said. “As a regional qualifier in shot and disc last season, he gained the experience he needed and has worked every day to improve. He’s going to set the tone for this season.”

Avalon will push Soltis in both throws.

“John Avalon is on the same mission as Mike to improve in the throws events,” Cicero said. “He is stronger this year and will look to focus his speed with his technique to get the most out of his throws.”

Tony Soltis earned a regional berth in the pole vault and he’ll look to take the next step this spring.

“He will go after the school record this year,” Cicero said. “If Tony focuses on higher heights, he will have a good season.”

If all goes according to plan, the Huskies will be well-represented at the regional meet and beyond.

“Our goal is to improve upon the finishes of last season and have more athletes head to Massillon for regionals and then to get a few to state,” Cicero said. “With such a young team, we will have ups and downs early in the season, but with experience, we will become more consistent. Over half of our roster currently has no high school track experience, so there will be a lot of experimenting to find the right events for everyone.”