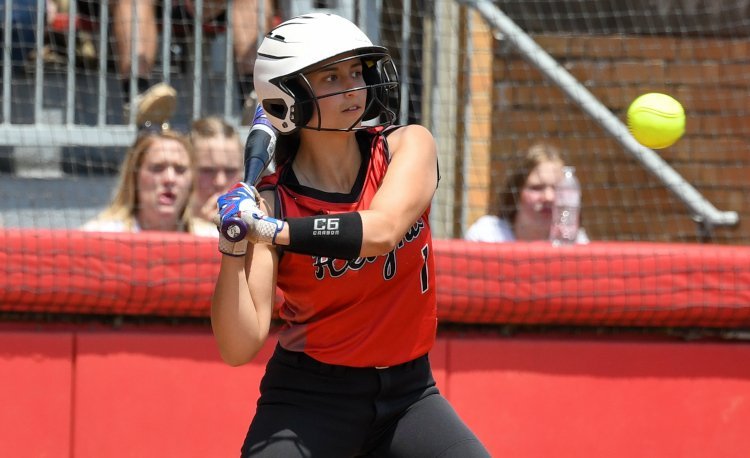 Heights fully intends to defend the Chagrin Valley Conference Metro Division title it shared with Independence last season and, more importantly, seeks to redeem itself after the disappointing 8-0 loss it suffered to Bradford in the state championship game.

With most of its starting lineup returning, Heights certainly has the potential to put together another deep run in the postseason.

The key is for this year’s squad to develop its own identity and overcome the adversity it will face this spring.

“There is no doubt that we are going to encounter some trials, we have a tough schedule and will face tough teams,” Manfredonia said. “As long as we just keep pushing forward and sticking together, I know everything is going to go well for us. They have been working really hard and putting a lot of time in since November.”

One of the biggest challenges for Manfredonia this season will be replacing standout pitcher Julia Harris.

Junior Bella Williams is ready to step in and fill those shoes. Providing relief are sophomore Georgia Kattler and freshman Lexi Krzynowek.

“All three will be contributing to the varsity squad and all have great characteristics that will help us win games,” Manfredonia said.

The rest of the Heights lineup has a familiar look to it.

“Kayla Vallee will be the leader behind the plate and with another year under her belt, I know she will exceed all expectations,” Manfredonia said. “She is a great leader and a passionate one. She will help control the mound.”

Junior Tessa Studniarz is back at shortstop. As a sophomore, Studniarz earned first-team all-conference and second-team all-district. She’s also riding a lot of momentum following her run to the state bowling championships.

Along with junior Alize Reyes, an honorable mention all-conference performer, at second base, Heights has its middle infield locked down.

“The chemistry between these two is phenomenal to see,” Manfredonia said. “They will lead not just on the defensive side, but also the offensive.”

Senior Zakiya Baker is back at first base after earning honorable mention all-conference honors last season. Sophomore Maddie Dopson will provide depth at the position.

“Zakiya Baker will look to have another great season at first and in the lineup,” Manfredonia said. “Her power and length are both strengths on both sides of the plate. Maddie Dopson will also share responsibility at first along with bringing a strong bat to the plate.”

Third base is undecided for now.

Sophomores Natalie Mischak and Riley Casey also will see time in the outfield.

Dopson and sophomore Shai Moore will serve as the team’s designated player.

Heights enters the season with a lot of confidence following last season’s state runner-up finish. That experience should serve the team well again this spring but it’s important for the players to understand last season is over and each time they step on the field this spring, they’ll need to bring their A-game.

“We need to play this team’s game,” Manfredonia said. “When adversity strikes, we need to grow stronger together and use that strength we have as one unit to push through.”