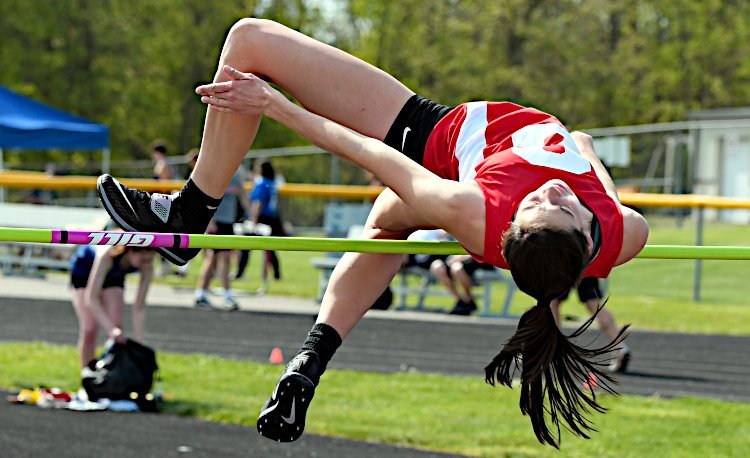 Cardinal senior Karalyn Rutkowski won a regional title and tied a school record with just one leap over the high jump bar on Thursday.

Rutkowski cleared a bar set at 5-feet, 4-inches to win the Division III Massillon Perry Regional and she also tied a 27-year-old school record set by Lindsay Frank in 1995.

“It was a very exciting moment that I will never forget,” Rutkowski said. “Tying a 27-year-old record means a lot to me and being able to reach a height like that is personally rewarding because all of the work that I have put in over the years have finally been put together.”

Obviously, Rutkowski also set a new personal record and she’s peaking at the right time with the state meet now added to her scheduled.

“It was very satisfying to peak at the right time,” she said. “I’ve been working for a long time trying to reach 5-4 and I’m glad it happened at the right time. Next week, I’m going to focus myself and try to enjoy the rest of the season while still staying competitive. It’s going to be tough to achieve my new goals but I believe in myself to reach them.”

Rutkowski has a shot to qualify for the state meet in a second event as she teamed up with Carly Ayer, Lauren Soltis, and Lily Ayer to finish the 4×400-meter relay preliminary race in seventh with a time of 4:16.83. That group will compete in Friday’s finals.

He placed fourth in the pole vault with a top height of 12-feet, 8-inches.

Cardinal’s Anthony Soltis finished seventh in the pole vault with a best height of 11-feet. Only the top four advance to the state meet.

Several other Chagrin Valley Conference athletes remain in the hunt for a state berth after finishing among the top eight in their respective preliminary races. They all will compete in Friday’s finals.

Geneva’s Connor Boland advanced to Friday’s finals in the Division I Austintown Regional.