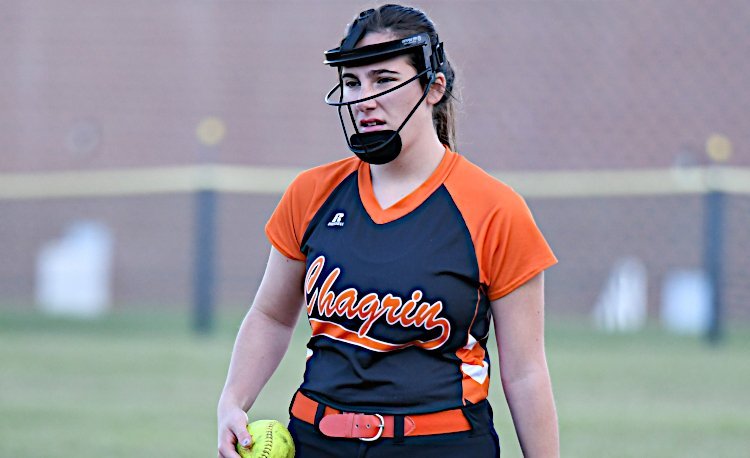 The Tigers won just two games a season ago, but they were competitive and began playing their best softball down the stretch. Head coach Greg Munn hopes to carry that momentum into this season.

“We only have 13 players on our roster, however, 10 lettered and our pitching staff and most of our team is back with a year of experience,” Munn said. “We were the best 2-19 team around and we are hoping that we really improve in all aspects of the game. Our pitching is the key as we are relying on all four of our players that are working hard on improving their pitching.”

Senior captain Courtney Myers is the leader of that pitching staff.

Myers also led the team last spring with a .346 batting average on her way to earning second-team All-Chagrin Valley Conference honors. She also was named honorable mention all-district and all-county.

“Courtney is a team leader and our go-to pitcher,” Munn said. “We are relying on her heavily to get us lots of wins.”

Kaseler will catch when she isn’t in the circle and Quinn will play second.

“Lexi had a great 2021 freshman season,” Munn said. “She’s our catcher, however, she can play any position very well. She is truly a talented young player who is a college prospect.”

Junior Michaela Plante is projected to start at first base, sophomore Peyton Pierce will play shortstop, and junior Sophia Moffa rounds out the starting infield at third base.

Pierce turned in a strong performance as a freshman and Munn expects to see her improve even more this spring.

“Peyton had a great 2021 freshman season,” he said. “She is a strong-armed shortstop who can really field the ball and will definitely help our offense score runs.”

Senior captain Camille Paoletta is back in center field with junior Kendall Guddy in left and sophomore Caroline Reeder in right field. Rodriguez will be the team’s designated player.

Munn has liked what he has seen out of the Tigers in the preseason and he’s confident they’ll be able to point the program in the right direction this season.

“Our team togetherness is very strong,” he said. “We’ve been through tough times the last two years and we are ready to turn it around and have a great season.”