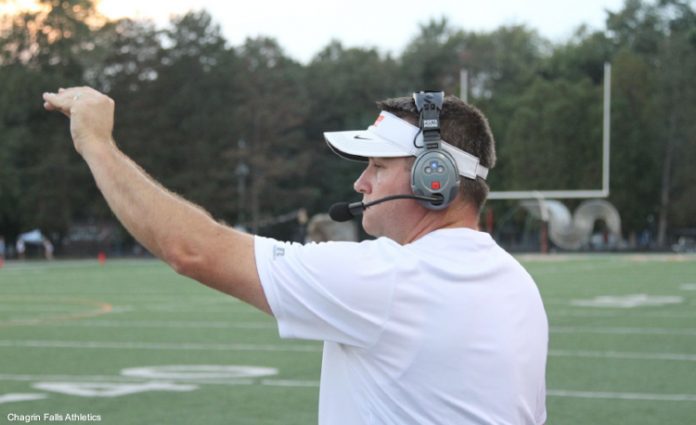 Chagrin Falls didn’t have to look far for a coach to replace the now-retired Mark Iammarino, the winningest football coach in school history.

The school announced on Wednesday the hiring of 22-year assistant coach John Scott as its new head coach.

“John has been an important part of the high school football coaching staff for 22 years,” said
Chagrin Falls Athletic Director Charlie Barch. “He will do a great job continuing our
team’s winning tradition. He also has some great ideas to improve our program.”

During his 22 years on Iammarino’s staff, Scott has served as the team’s defensive coordinator and has coached the special teams. He also has coached middle school basketball and has been an assistant for the baseball team for 11 years.

Iammarino retired with a 26-year record of 185-101 with eight conference championships, three state Final Four appearances, and twice he led the Tigers to the state championship game.