Chagrin Falls one to watch 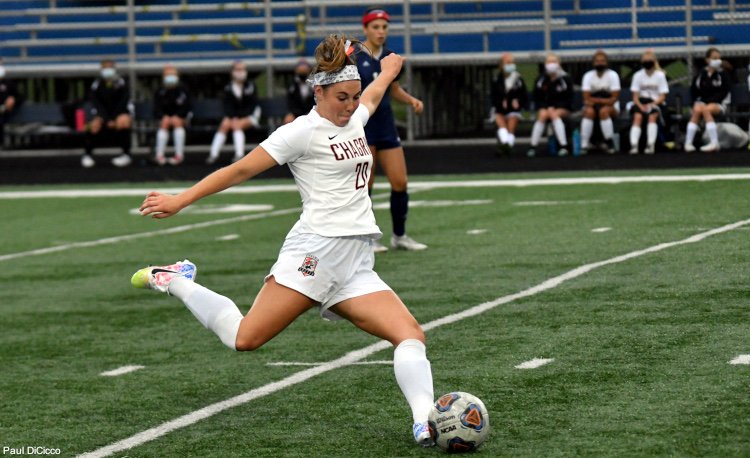 While the Tigers have some big holes to fill, they also return some of the area’s top players.

“We have a solid core to work with this season,” said Chagrin Falls co-coach Pamela Malone. “We will be challenged with every game as we have put together the toughest schedule for 2021. Your team management always starts with figuring out where players will have the most impact.

Once Malone and co-coach Joe Ciuni settle on a lineup, the Tigers should once again have a say in who wins the Northeast district.

Chagrin Falls finished the 2020 season with a 13-4-1 record overall and a 5-1 mark in the Chagrin Valley Conference Chagrin Division.

In addition to their seven returning starters, the Tigers have 10 returning letter winners.

One of Chagrin Falls’ key losses was at goalkeeper as four-year starter Aerin Krebs graduated, which has forced the Tigers to get creative in how they attack each game.

Aiding in the development of the 2021 squad is the return of standouts Peyton Gellin and Sarah Burgess.

“She is one of the better all-around attacking players in the area,” Malone said. “She works with both feet, can make any pass on the field, and has a tremendous work rate. She has the ability to score in a variety of ways, can create chances for others, and is relentless on the field. She will rotate between midfield and forward in games and covers a huge amount of ground in every game. She is an impact player in every game she plays in. She also causes a lot of turnovers defensively as she is one of the best pressers on the field. Her play is strong and rarely loses possession of the ball. She is generally the main focus of opposing defenses to key in on. Her scoring involvement with the team is at 40-percent. She sets the game tone for the team.”

“Sarah is the most technical player on the team,” Malone said. “Her speed and ability to beat players in a 1v1 situation is what is most impressive about her on the field presence. She is also a selfless player that will create goal-scoring opportunities for other teammates, as is obvious in her being the leading ‘assister’ on the team. As a dynamic player, she is often man-marked or even double-teamed by the opponent. She is shifty in changing her pace with the ball, as well as always a scoring threat on set plays (four goals). She is the facilitator on the field and her ability to see and understand the game makes her one of the most complete soccer players on the field. She is small in physical size but plays like she is 6-feet. She has been involved in 40-percent of our goal scoring.”

The Tigers also have dynamic juniors Elana McGinness and Kate Bartlett back.

“Elana is a highly skilled, athletic, and speedy player,” Malone said. “She utilizes these skills to the fullest in the target position. Elana’s outstanding ball-handling skills make her a scoring threat in any game. She has scored in 13 of our 18 games. Elana’s goals and assists come when they are needed most and almost always impact the outcome of the game. Having scored four game-winners, she scores the more difficult shots. As a forward, she is involved with over 38-percent of the team’s scoring. She is an intelligent soccer player and it is obvious with her on-field performance.”

Bartlett is a defender but did score two goals with two assists off her ability to create off of set pieces.

“She’s a hardnosed defender but can also be a scoring threat on set pieces and shots outside of the box,” Malone said. “I’m not sure if she will be a center back or holding mid, but she will have an impact on the game in either position.”

Sophomore center back Maggie Oliver also returns to bolster the Chagrin Falls lineup. She was a second-team all-conference and honorable mention All-Greater Cleveland honoree in 2020.

“She will be one of the center backs,” Malone said. “She has a relentless pursuit of the ball. Her speed allows her to close down the fast forwards. She also does very well at distributing the ball after winning it in the back to start the offensive attack.”