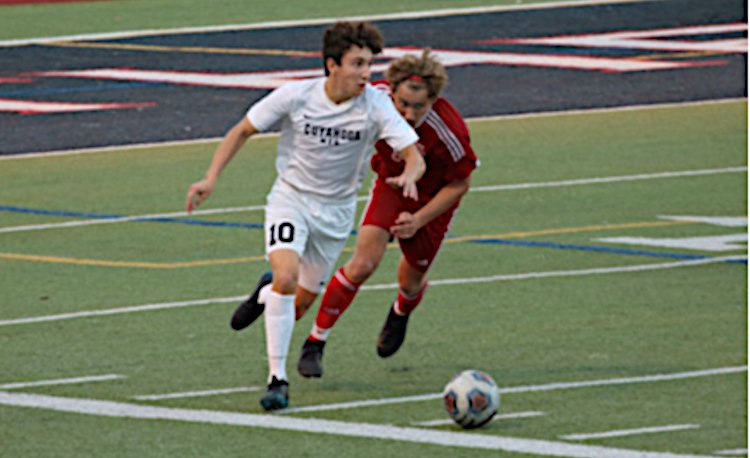 Cuyahoga Heights’ boys’ soccer team won just three games in 2020 but with seven returning starters, the squad is poised for a breakout campaign this fall.

“Heading into the new season, the team shows promise for a successful season,” said third-year Heights head coach Matt Natal. “We are focused on our own game and where we can improve to be competitive in all our matches. Our potential is as far as we want to go. A return to sectional finals and beyond is our goal this season with a heavy upperclassman-led team.”

Cuyahoga Heights is faced with the challenge of replacing its senior leaders and captains from 2020.

“Finding younger guys to fill those holes with senior leadership is something we need to replace,” Natal said. “We need to work as one. Our team will be successful if all 21 players work together on and off the field to improve their game. Playing with team passion will allow us to obtain our goals.”

Heights’ success this season hinges on identifying new team leaders and also through effective communication on the field.

“Teams fall apart when communication breaks down,” Natal said. “Being able to have open lines of communication on and off the field will maximize our strengths and minimize our weaknesses.”

“Emmanuel is in his second season at CHS and is looking to continue his goal-scoring ability for the team,” Natal said.

Senior Dustin Kattler and junior Kaelib Graaf are tasked with producing out of the midfield.

“Dustin is the conductor of the team. His experience and knowledge of the game allow him to move freely throughout the field contributing with assists and goals,” Natal said. “Kaelib will bring width to our game. His ability to get wide to cross the ball and take opponents on will stretch teams out and help the team.”

Seniors Mason Jones and Jack Klamert provide Heights with an experienced core on the defensive third.

“Mason is the glue to our back four. He’s a senior leader with plenty of experience,” Natal said. “Jack is a center back with a midfielder’s touch. He will be the release valve this year.”

Junior keeper Dylan Mormile allowed 2.794 goals per game in seven contests in a shortened season last fall. Now healthy, he is poised for a big year.

“Dylan is in year two as the starting keeper,” Natal said. “An injury-plagued sophomore year didn’t allow Dylan to show his skills. This year is his breakout year.”