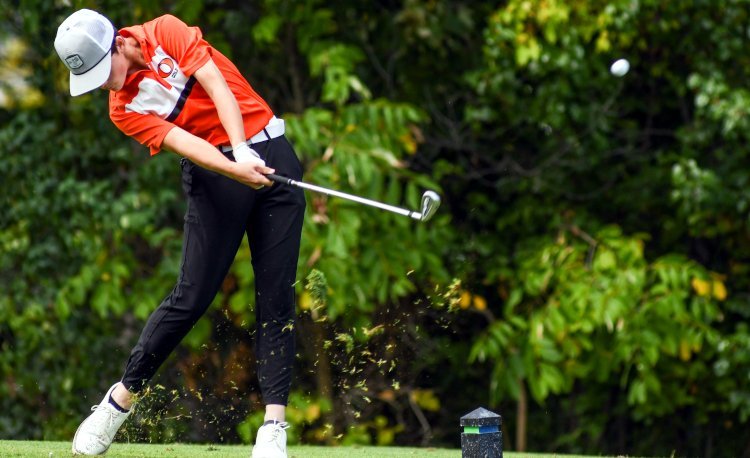 The Tigers shot 319 as a team to beat second-place Notre Dame-Cathedral Latin by nine strokes. Perry finished fourth with 355, Edgewood was seventh with 373, Wickliffe finished eighth with 384, and Berkshire placed ninth with 394 strokes.

Only the top three teams and top three individuals not on a qualifying team advanced to the district tournament.

Chagrin’s Charlie Pollock claimed medalist honors with a tournament-low 73. Teammate Sven Nielsen tied for second with a 78, and Drew Mergenhagen was fifth with a 79. Dylan Glickman closed out the scoring with an 89 and Gavin Stevens shot a 90 for the Tigers.

Hawken’s Jack Zeid, Kevin Dang, and Vince Vomberger each qualified for the district tournament as an individual. Zeid tied for third with a 78, Dang was seventh with an 80, and Vomberger placed ninth with an 82.

Beachwood’s James O’Neill advanced to the district tournament as an individual after he tied Orange’s Dillon Fellinger for medalist honors with a 78.

Orange’s Jayden Park finished fourth with an 80, Max Eisenberg was 19th with an 88, and Gabriel Nemer closed out the Lion scoring with a 96. Truman Williams also completed for Orange and finished the tournament with a 98.

Beachwood’s Gavi Lappen also placed among the top 20 with an 85, good for 10th place.