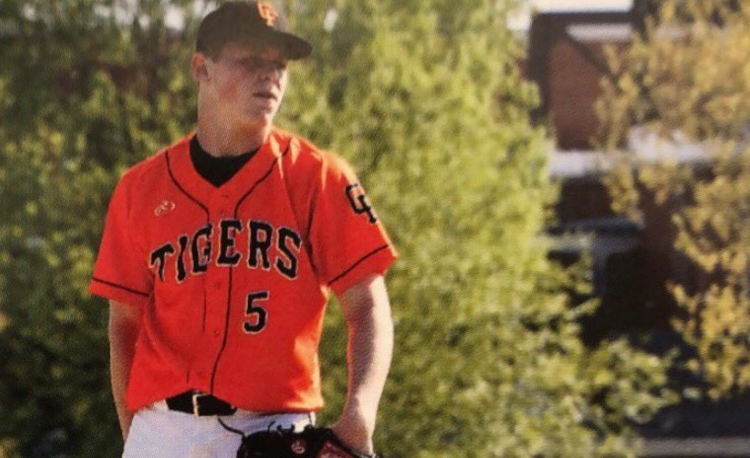 The 6-foot-3, 220-pound right-handed pitcher on Saturday announced his commitment to continue his education and baseball career at Lafayette College in Pennsylvania.

“Playing college baseball has always been a goal of mine,” McMullen said. “More than anything, it’s a chance to spend four more years chasing a dream. That’s what excites me most about the opportunity.”

Thanks to a family connection to the school, McMullen first became interested in Lafayette during his freshman season.

He learned more about the school and when new head coach Tim Reilly expressed interest in McMullen joining the squad he jumped at the opportunity.

“Lafayette is a small liberal arts school with strong academics,” McMullen said. “This environment seems attractive to me as a student. They have a new head coach in Tim Reilly who I have gotten to know and really respect. The current players seem to be a very close-knit group of guys that are part of a program on the rise.”

The spread of the Coronavirus wiped out the spring high school baseball season but McMullen, whose fastball tops out at around 89 miles per hour, is playing for the Spiders Baseball Club this summer.

With a wicked curveball, slider, and a changeup, McMullen has the potential to be a solid contributor for the Leopards.

“This is something I’ve put lots of time into and I feel confident that I can get outs at the next level and help the team achieve our goals,” McMullen said.

McMullen has one more year of high school ball before he focuses on his college career.

He is excited about the potential the Tigers have in 2021.

“Coming back, I still think our roster has tons of talent,” he said. “Winning the (Chagrin Valley Conference) title is always a goal for our program, but I expect that with great leadership from my fellow seniors we can make a memorable run in the playoffs.”

McMullen will be the second former Tiger to play at Lafayette. Jack Amendola was a freshman at the school this past year. He played in eight games and batted .300 for the Leopards in the COVID-shortened season.