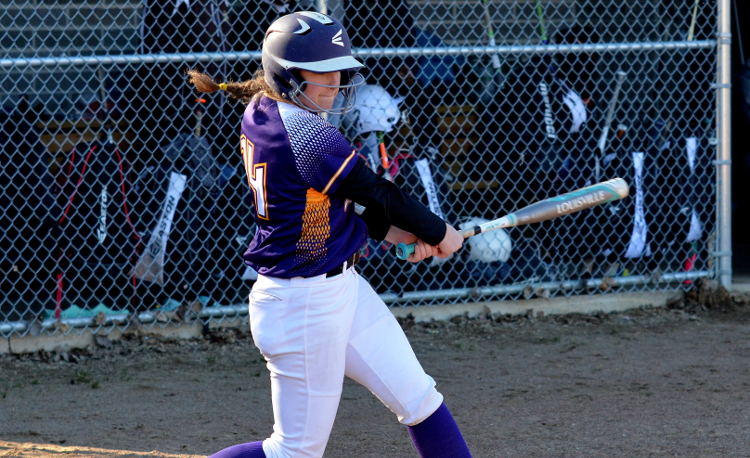 Madison Chapman and her sister Mollee provided the Berkshire softball team with its own version of Shock and Awe in a 17-2 five-inning non-conference win over visiting Pymatuning Valley on Tuesday.

The dynamic duo combined to go 5-for-5 at the plate with two home runs, six runs scored and six runs batted in.

“That was one of the best games I’ve seen in all my years of coaching,” Berkshire coach Dave List said. “(Madison) hit three balls that were absolutely scorched. Mollee had a great game as well, but she did it mostly with her legs beating out infield hits. She was flawless at third as well.”

Madison Chapman singled and scored in her first at-bat and then came up again with two on and two outs in the bottom of the first.

She drilled a fastball the fence in left center.

“I have been working on really driving the ball with my entire body, not just my arms,” she said. “Honestly, I didn’t think it went over until I got to second.”

Chapman drew an intentional walk in the third but led off the fourth with her second home run and fourth run batted in of the game.

“After they intentionally walked me my third time up, I needed to just stick with my technique and see the ball come in,” she said. “That one was high to deep left off an inside pitch, which felt better than the first.”

Mollee Chapman drew a walk in her first at-bat then finished her offensive day by beating out two infield singles. She stole a base and knocked in two runs.

“Mollee and I have the same mental game where we both feed off of each other’s energy,” Madison Chapman said. “It makes the game so much fun when we compete to get a hit. I love playing with her and definitely going to miss her when I leave.”

Olivia Freiling finished the day 2-for-2 at the plate with a run scored and an RBI.

Angie Romano improved to 2-0 on the year as she allowed just one earned run on three hits and struck out five in four innings of work.

“Ang has now put two solid games back to back,” List said. “I think as the season progresses and she gets more experience, she will be even better.”

Gianna Skolaris pitched the final inning for the Badgers. She allowed one earned run on two hits.