Competition the key for Wolverines 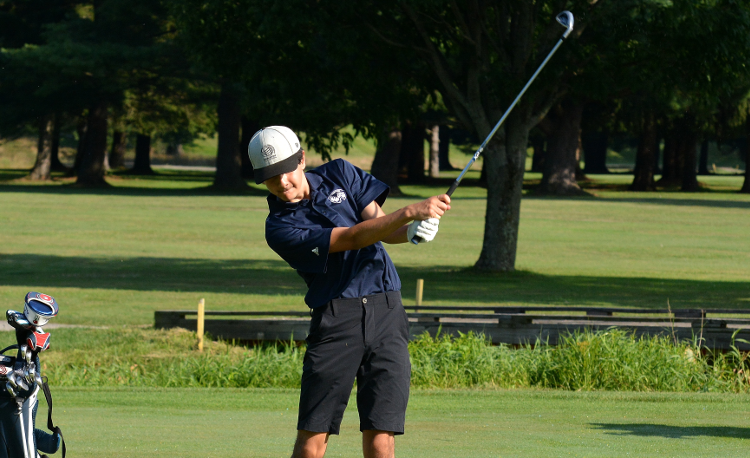 The Wolverines, who tied for fourth place at the Chagrin Valley Conference preseason tournament on Monday, are an experienced bunch and with continued growth and development could achieve their goals this season.

“I am extremely excited to return five starters from last year’s team,” West Geauga coach Jay Kletecka said. “Each new school year brings a new opportunity for player growth, meaning great improvements from a year ago. I believe the four tournaments we are playing in before school starts will provide a good test for our players to see how well our players compete with players from other schools. I am eager to see our players manage each golf course, meaning how well we can position ourselves for their next shot. When you give yourself an opportunity to birdie/par holes, you will see a drastic drop in the final product or score for 9 or 18 holes for each player. I look forward to seeing our players grow and gain confidence throughout the season.”

Kletecka expects his team to become more competitive in league play and if all goes well to send several players to the district tournament at Windmill Lakes.

“A major goal is to become more competitive in our league this year,” he said. “We are looking to finish in the top three in our division. To accomplish this, the key is going to be getting consistent play from four or more players, which is what we are working on day in and day out at practice. If we can achieve this goal, we will have a great chance of winning more matches this season. Our players are hopefully learning, that it is not necessarily how far you hit the golf ball that matters, but rather how well you manage the golf course and the score you receive from each hole on the scorecard. There is a reason in professional golf they keep stats on fairways and greens hit in regulation, as well as putts on each hole. Statistics are important to making changes and making improvements throughout the season.”

Maksoudian shot an 88 to finish in sixth place at the CVC preseason tournament at Chardon Lakes Golf Course on Monday. He averaged 44 strokes per nine-hole round last season.

Kirchner and Garvey both averaged 44 strokes per nine-hole round last season.

“When he gets off to a great start, Mason has lots of confidence and performs consistently through his round. Mason is capable of shooting low 80s,” Kletecka said. “Aidan plays through adversity well, keeps his composure, and acts as a natural leader. He has great control with his irons.”

Johnson and Lavin averaged 47 strokes per match last season. Johnson’s best round last season finished with a score of 41.

“Travis Johnson can hit the golf ball a long way. His distance is his greatest strength, yet sometimes it also his biggest weakness, meaning we have been working on controlling his distance and ball trajectory to reduce his scoring for each hole,” Kletecka said. “Alex Lavin has played consistently throughout the summer. He was our most improved player from last season and has earned himself a full-time spot on the varsity team this year. I have never seen a player work harder than Alex at improving his game. I believe he is capable of shooting mid to high 80s by the end of the season.”