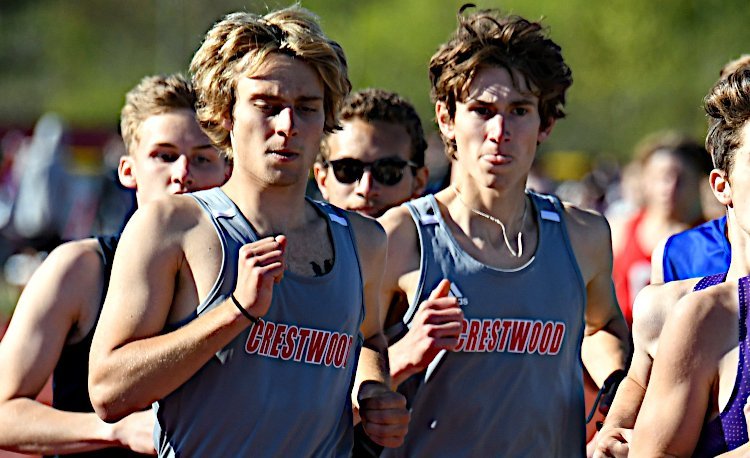 Head coach Josh Jakacki is eager to see his team in action.

“Through the base training phase of the season, we have been really impressed with our athletes’ attention to detail and taking to their workouts,” Jakacki said. “They have worked extremely hard to hit their pace times and interval training has really given them some confidence early on.”

The Red Devils are deep and talented in the sprints.

Seniors Louis Blasiole and Kaya Hickin have impressed during the preseason and have the potential to find success in the postseason.

“Louie Blasiole has state potential,” Jakacki said. “He has had a wonderful senior year up to this point. He can run anything from the 100 to the 400. He is working hard with his block work. He will be the anchor of our sprint relay teams. Louie is a top-notch talent and a great kid. We will rely on him a lot this year.”

Hickin suffered an injury last season that prevented him from competing at the district track meet. He’s back and healthy and Jakacki is confident he’ll pick up where he left off last season.

“Kaya Hickin was coming on strong, but a knee injury knocked him out of the postseason,” Jakacki said. “He has good leg speed and was one of our top 400 runners. We look forward to seeing him on the track this season and expect big things from him.”

“Jonathon Jones, Nate Blasiole, and Aidan Gutglueck have all flashed so far in the early season,” Jakacki said. “We are excited to have a nice group of talented runners that will balance out the rest of our relays and help fill in spots with our sprints. They all bring 100-400 ability and will provide nice depth for us as well. We are excited to see who steps up and takes the spots available on our relay teams. Competition brings out the best in most, and times certainly don’t lie.”

Jakacki has some concerns over the depth in the field events and hurdles but he’s confident those issues will be resolved through his younger athletes gaining experience.

“Depth in the field and hurdles will be our biggest cause for concern,” he said. “We just don’t have many kids that fill those spots. We have some really nice pieces, we just have to manage the team and put them in the right spots that maximize their strengths as well as balance out fielding a full squad.”

Henry Hoover returned to Crestwood from Berkshire and will make an immediate impact in the distance events.

“Henry has looked really strong and came into the spring season in great shape,” Jakacki said. “He will be pushed by two very talented runners in Augie and Kevin. Grayson works hard every day and has shown good improvement from his first season.”

Hunter Yoder and Kenny Stoots will throw the shot put and discus with Yoder also competing in the high jump. Jones and Sanwald will take on the long jump.

“Hunter Yoder has shown he is capable in the field to give us points when needed,” Jakacki said. “He is getting better daily and we look forward to his junior season. Jonathan Jones finished eighth in the 100 at districts and has come back stronger. He will also lead us at long jump.”