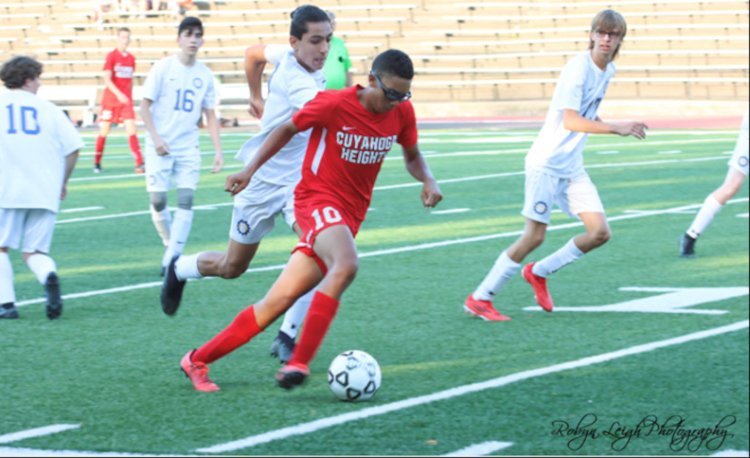 Cuyahoga Heights returns five starters and eight other letter winners from last season, leaving the Red Wolves in a position to build off of last season’s progress.

The Red Wolves have some holes to fill but fourth-year head coach Matt Natal is confident his squad has the potential to be competitive.

“This year’s team is showing promise,” Natal said. “Last year, we competed with the top teams for little periods of time. This year, we are looking to put (in) a full 80 minutes with these teams and grow with a lot of new faces coming into the starting 11.”

Cuyahoga Heights finished 7-11-1 overall and 2-3-1 in the Chagrin Valley Conference Metro Division last fall but enter this season with some glaring holes to fill.

“Our entire back line graduated last year, so we need to find 3-4 players to set up a strong back line, also a leading goal scorer,” Natal said. “Losing our 30+ goal-scorer is a huge hole to fill in.”

Natal will get creative in replacing Emmanuel Loizos, who graduated last spring after leading the team with 31 goals and 14 assists in 2021.

He’ll also strategize to protect his young back line.

“We’ve had some amazing individuals in my three years, but last year we started playing as a team and some success came with it,” Natal said. “Working as one will see us take that jump and truly compete to win.”

“Kaelib will be the engine of the team up top,” Natal said. “If he is in form, the team will be able to score and compete with every team on the roster.”

“Andrew is a multi-year starter for us and will be the experienced player holding down the middle of the field for us,” Natal said.

Justice, a senior defender, is a three-year letterman and the lone senior on the back end.

“Carl looks to bring his experience to a youthful back line,” Natal said.

“Dylan is going into year three as the starting keeper and looks to increase our probability of winning by keeping more clean sheets,” Natal said.

“Maddox has shown growth over his two years and is looking to become a true threat in the final third of the field,” Natal said.