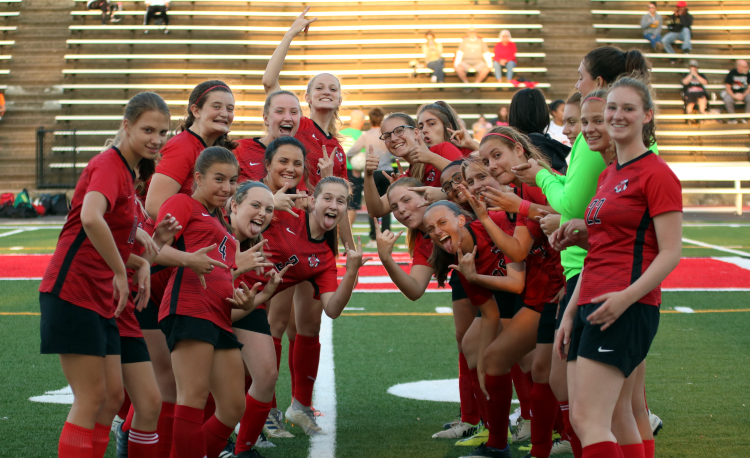 “We were extremely young last season only having one senior. This year, we have another year of experience under our belts for many of these girls, so I see a good amount of potential ahead,” Zawadzki said. “Our graduating senior played defense, and due to a summer injury to another defender that will keep her out all season, we have big holes to fill there. We do have some quality freshmen this season as well as returners that should be able to fill into those roles and gain more experience in starting roles.”

Cuyahoga Heights’ success begins with each player understand her role and the squad developing into a cohesive unit.

“To be successful this season, we will need to communicate extensively,” Zawadzki said. “We are so lucky in that being a small school the new freshmen know all the girls pretty well already. If they can develop a good chemistry as a team, I think we can be way more successful.”

One thing Heights won’t have to worry about is fatigue late in a game.

Zawadzki pushes her team hard during the preseason to ensure the girls are ready for 90-plus minutes each night.

“We spend a great deal of time conditioning in the first few weeks of practice,” she said. “We hope that at the end of a game, we are the more conditioned team that can make a difference in close games. Often times, our skill level is not close to the teams we are playing, but our ability to run with them often can keep a game closer than it should be.”

Among the returning players is a core group Zawadzki will lean on each night.

“She’s a leader on the field through which the team feeds off of,” Zawadzki said of Sturgill. “She is a true competitor that has grown tremendously over the years. She stepped in as center midfielder last season and did an incredible job generating offense and playing great defense. I’m definitely excited to see what she can do this season.”

“Julia is the heart and soul of this team,” Zawadzki said. “The way she practices and plays raises her teammates to a new level. She never gives up and gives 150-percent in everything she does. She is in her second year as captain, an honor she truly has earned and deserves. Her dedication, desire and drive are inspiring to anyone who comes in contact with her.”

“Kenni is one of the most versatile players on the team,” Zawadzki said. “Half the time she would play defender and then half the time she would be a forward. Her speed enables her to track down any girl that gets into the defensive end of the field, as well as enabling her at the forward position to speed past many defenders. She will give you everything she has on the field.”

“Megan is entering her third season as the starting goalkeeper,” Zawadzki said. “Each year, she has improved even more. She has one of the best legs in program history and looks even better in the preseason so far. I’m looking forward to a big year from Megan.”

The preseason has provided Zawadzki with a glimpse of what her squad can achieve this fall and she likes what she has seen.

“I am very excited for this season,” she said. “The girls really get along well and just enjoy being together. With all that is going on in the world now, just the chance to be together and practice has improved every girl–and coach’s–emotional state 100-percent.”