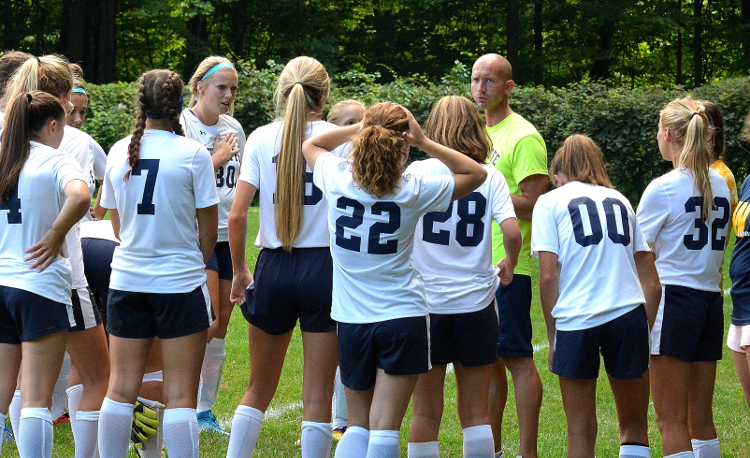 “We played the ball well in our midfield possession today,” Wickliffe coach Steve Gribovicz said. “However, Cuyahoga Heights played a tight back defense that, to their credit, we weren’t able to find the opportunity to score against. Our defense held strong again today to record our third consecutive clean sheet while Kaylee Lauriel had a few more nice saves which have become a trademark this season.”

Those saves were clutch, especially near the end of each half as the Redskins were awarded two direct kicks from within 20-25 yards.

Megan Ellis recorded five saves for Cuyahoga Heights, who is now 2-4-2 overall and 0-2-2 in league play.

Wickliffe’s hopes for a league title remain intact as the Blue Devils are now 3-2-2 overall and 2-0-2 in league play. Beachwood (3-0) and Independence (3-0-1) also are in contention for the conference championship.

“We played more consistent possession soccer today that we can build off coming to the midway point in the season,” Gribovicz said. “As long as we continue to progress with our team chemistry, movement and possession, this may be a game we look back on later in the season that was a turning point for us.”