Athletes from Berkshire, Kirtland and Lutheran West have been named the Chagrin Valley Conference Athletes of the Week.

All statistics incurred during the week ending Sunday, Jan. 3. 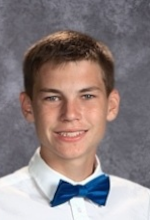 Name: Tyler DeSimpelare
School: Lutheran West
Grade: 12
Stats: Scored 56 points with 22 rebounds and eight assists in a pair of wins
Coach’s Quote: “Tyler’s hard work in the offseason has really paid off,” said Lutheran West coach Nicholas Gallo. “He has significantly improved as a player and his effort level has elevated his play as well as that of his teammates. We are continuing to grow as a young team and Tyler has been outstanding modeling for our young players what we want to be about and what we want to accomplish.” 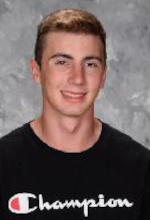 Name: Dakota O’Dell
School: Berkshire
Grade: 12
Stats: Scored 35 points with 15 rebounds and six steals while shooting 63-percent in two games
Coach’s Quote: “Dakota played a pivotal role in our last two games and was a huge reason why we beat Fairport,” said Berkshire coach Ryan Dickard. “His hustle and activity levels on both sides of the floor are second to none; he is hyper-efficient and does so many things for us.” 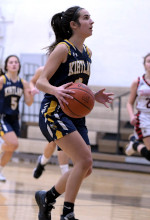 Name: Reilly Greenlee
School: Kirtland
Grade: 11
Stats: Averaged 18 points, three steals and 1.5 assists while shooting 58-percent from the floor and 67-percent from behind the arc
Coach’s Quote: “Reilly has set the tone for what her season will look like on both ends of the court,” said Kirtland coach Brittany Zele. “She has taken on the role of being one of our go-to scorers in the two games we have played with extremely high shooting percentages. She is able to get deflections and steals and create opportunities for her teammates to score.” 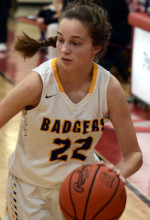 Name: Lydia Kastor
School: Berkshire
Grade: 11
Stats: Scored 14 points with three rebounds, two assists, two steals and drained 4-of-9 3-pointers
Coach’s Quote: “Lydia’s stats speak for themselves with how she does a little bit of everything on the court,” said Berkshire coach James Bosley. “She has worked really hard to become a three-level scorer, but because of her ability to shoot, most haven’t seen the other aspects she’s added to her game. Saturday she hit her 100th career 3-pointer.”