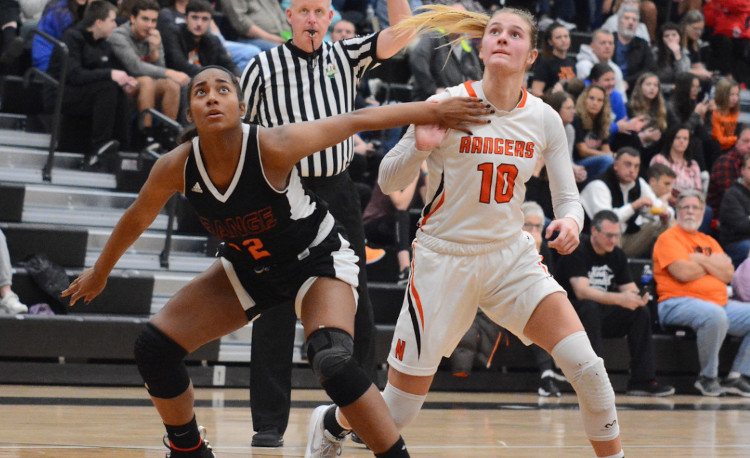 With just one senior and several new faces in the lineup, Orange’s girls’ basketball team is focused on growth and development this season.

But, the competitive Lions also hope to win their fair share of games.

“We have a great opportunity this season to gain experience and be competitive in league play,” said second-year head coach Jazmyne Frost. “We have a competitive young group with a lot of potential and eagerness to play this season.”

To improve on last season’s mark, the Lions will rely on several youngsters to step up and shine in their first varsity action.

“Since we are a young team, with only one senior, we are looking to some of our returners to step into leadership roles and help set the standard,” Frost said.

That senior is 5-foot-8 forward Madison Ledyard, who missed last season with an injury.

“Madison is our only senior this season and she’s the captain of our team,” Frost said. “Her injury last season gave her a hidden opportunity to grow as a huge leader for our program. We are excited to get her back on the court and sure she’ll make an immediate impact with her defense, rebounding and scoring.”

“Alayeh played an essential role for us last season as a freshman. Her aggressiveness on both sides of the floor and her scoring ability will contribute to our success this season,” Frost said. “Jane is one of our hardest working student-athletes who just plays tough and isn’t afraid to challenge herself. She has the ability to score and rebound well from the guard position.”

Molly Nolan and Sydney Chernikoff are projected to round out the starting lineup.

“Molly will handle a lot of the point guard responsibility for our team this year. Her leadership skills on and off the court have made a huge impact on our program,” Frost said. “Sydney will be a big contributor on both ends of the floor. Sydney’s ability to knock down shots will be huge this season.”

“Kayla’s speed offensively and defensively is going to be a huge advantage for us,” Frost said. “She has the ability not only to get to the basket but defend good ball handlers as well.”

Orange’s youth will be tested this season.

The Lions will concentrate on the fundamentals and individual development throughout the season.

“Our biggest keys to victory are taking care of the ball and executing what we want on offense, but, just as important, defending hard every game and enjoying the process,” Frost said.