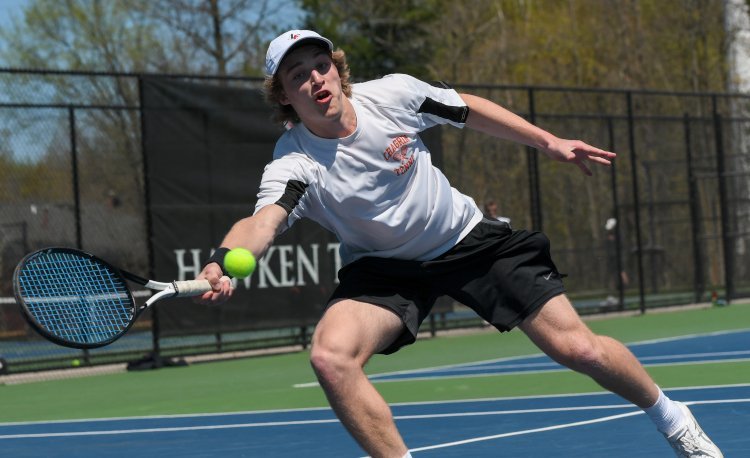 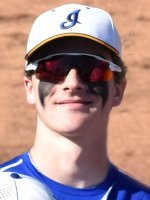 Name: Mike Andryszczyk
School: Independence
Grade: 11
Stats: Batted .571 (4-for-7) with a double, three runs scored, three RBI, and two stolen bases; pitched a complete-game four-hitter with 16 strikeouts to just one walk
Coach’s Quote: “Mike Andryszczyk had an outstanding week last week at the plate and on the mound,” said Independence coach Jim Crooks. “In a leadoff role, he battled Trinity pitchers with success, was a threat on the bases, and was a great leader. On the mound, Mike pitched one for the record books, striking out 16 Trojan hitters while yielding only one walk and scattering four hits in seven innings pitched. Mike has been a big part of our recent team accomplishments.” 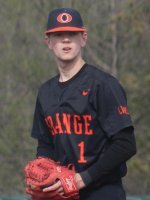 Name: Johnny Boyle
School: Orange
Grade: 12
Stats: Allowed just one earned run in seven innings with five strikeouts in a complete-game win over Hawken
Coach’s Quote: “Johnny competed pitch-to-pitch and trusted his defense behind (him),” said Orange coach Fred Zupancic. “(He had) great command of the strike zone and was able to spot (his) fastball.” 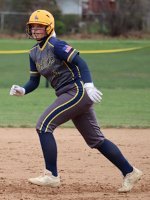 Name: Mackenzie Gazdak
School: Wickliffe
Grade: 10
Stats: Batted .875 (7-for-8) with five runs scored, four RBI, two walks, an on-base percentage of .900, and a 1.000 fielding percentage
Coach’s Quote: “Mackenzie has really stepped up this year for us,” said Wickliffe coach Marlana Mucciarone. “She has a very high softball IQ, which is something you can’t really coach. She also has been very consistent both offensively and defensively. Kenz has only stuck out twice his year, so I know when she’s up she’ll put the bat on the ball. Even though she can play multiple positions, she has been the rock at first base and does a nice job making some bad throws into outs. I’ve been really pleased with her performance this year.” 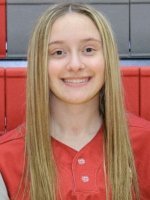 Name: Ashlen Horwowski
School: Geneva
Grade: 12
Stats: Batted .500 (2-for-4) with a .750 on-base percentage and a 1.000 fielding percentage
Coach’s Quote: “Ashlen is one of the hardest-working players I have had come through my program,” said Geneva coach Eleshia Pitcher. “This is only her second season ever playing softball and she is my starting second baseman and is leading my team in fielding. This week, her hitting has really started to click and she is driving the ball deep in the outfield most at-bats. She has become a team inspiration and pushes the younger players to not just be better players but to be better people.” 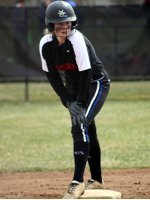 Name: Hailey Keller
School: Cardinal
Grade: 11
Stats: Recorded five hits with one double, two triples, two walks, and three RBI
Coach’s Quote: “Hailey Keller is the hardest worker and most dedicated player on the team,” said Cardinal coach Haley Adams. “She has stepped up in huge roles this season, playing positions she has never played before. We’ve moved her up in the lineup to help take some pressure off at the plate and it’s helped tremendously. Her teammates respect and listen when she speaks. One aspect of her game we really wanted to work on was the mental side of the game. She has not disappointed and continues to put big numbers up year after year.” 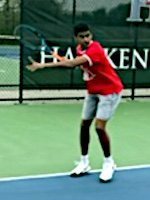 Name: Praveen Kumar
School: Hawken
Grade: 12
Stats: Won three duals and placed second at the CVC tournament
Coach’s Quote: “As team captain, Praveen has proven to be a great leader,” said Hawken coach Brian Smallwood. “His hard work and determination have been a key to his success.” 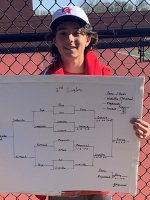 Name: Chris Wainio
School: Geneva
Grade: 9
Stats: Beat the top two seeds to win the second singles tournament at the CVC Valley Division Tennis Championships
Coach’s Quote: “From my standpoint, Chris’ performance at the CVC Valley Division tournament was the highlight of the tournament,” said Geneva coach Scott Torok. “Yes, there may have been better players, in the first singles flight, but his performance as a fourth seed was unexpected and definitely threw a wrench into the overall complexity of the tournament.” 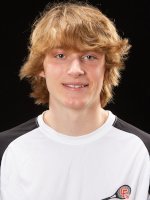 Name: Andrew Zimcosky
School: Chagrin Falls
Grade: 12
Stats: Win the first singles competition at the CVC Chagrin Division Tennis Championships
Coach’s Quote: “Andrew won No. 1 singles at the CVC Tournament,” said Chagrin Falls coach Leslie Lozon. “He has been injured the past few months and this was his big return. He had an incredible match to win the CVC.”