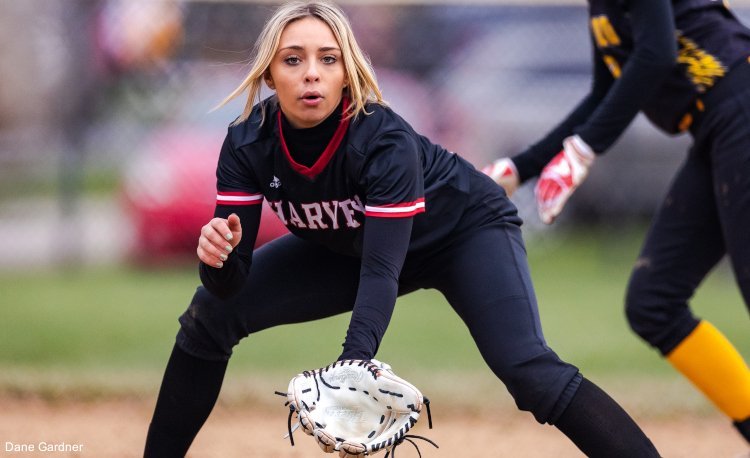 With a 13-1 win over Beachwood on Friday, Harvey clinched at least a share of the Chagrin Valley Conference Chagrin Division title.

The Red Raiders lost to Hawken on Monday and now must wait until the Hawks close out league play with a game against Beachwood to determine if they’ll share the title or win it outright.

“Our girls this season have overcome adversity both on and off the field,” said Harvey coach Betsy Hada. “They came together as a family and did not let the stress affect our end goal. It’s been my goal since I was playing at Harvey to get the program to this level. I couldn’t be more proud of my kids, not just the kids this year, but the ones from the past that helped us build up to where we are.”

Alex Bailey was 3-for-4 with two runs scored, a double, two stolen bases, and one RBI in the win over Beachwood on Friday.

“We improved at the plate from (Thursday’s) performance, with eight out of nine hitters scoring at least once in the game,” Hada said. “Juniors Alexa Bailey and Lola Thomas and sophomore Alyssia Franklin combined for half of our RBIs on the night. We stole 11 bases and were disciplined at the plate, drawing seven walks as a team.”

Boykin went the distance in the circle. She allowed one unearned run on three hits and struck out six in five innings.

“We were slightly delayed getting to the game tonight, but our girls stayed focused,” Hada said. “We went hard every pitch, out, and inning. We played the high level of softball I expect from our program. I was proud of our team’s resilience and mental toughness.”

The Red Raiders are 12-2 overall and finished CVC play with a 7-1 mark.