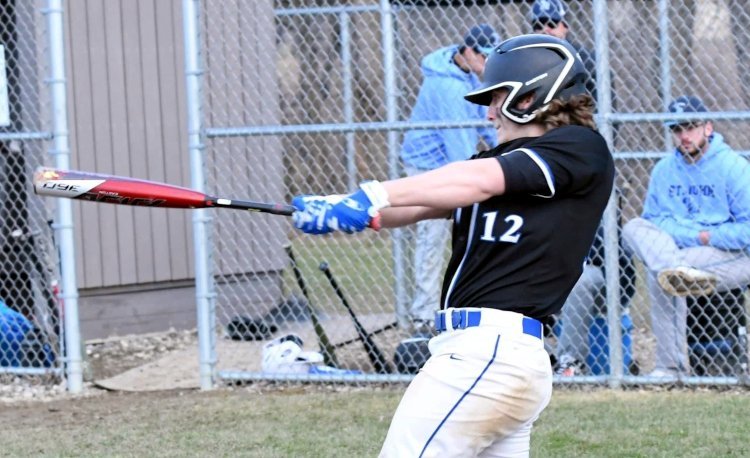 Each athlete was nominated by his or her coach. All statistics incurred from Monday, April 4, 2022 through Sunday, April 10, 2022. 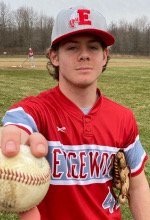 Name: Ethan Detrick
School: Edgewood
Grade: 11
Stats: Threw a five-inning no-hitter with nine strikeouts and one walk, batted .500 with a .714 on-base percentage and a 1.000 slugging percentage, with four runs and three walks
Coach’s Quote: “Ethan has been awesome on the hill for us this year,” said Edgewood coach Jeff Barger. “When we finally got a chance to play a conference game, Ethan went out and dominated against Harvey. He was in complete control the entire way. No-hitters are always special. He also is contributing at the plate with a .500 average and leading us in runs scored.” 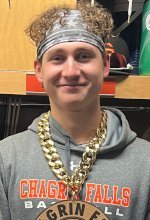 Name: Leo Fornara
School: Chagrin Falls
Grade: 12
Stats: 1-0 on the mound with eight strikeouts in seven scoreless innings; batted 2-for-5 with a walk, a sac fly, a home run, three runs scored, and three RBI
Coach’s Quote: “Leo is an outstanding all-around person,” said Chagrin Falls coach Michael Sweeney. “He is a tremendous student and athlete. He has a relentless work ethic and he is a great teammate. He is also one of the nicest kids you will meet. Don’t let that polite kid fool you though, he will compete and he wants to win.” 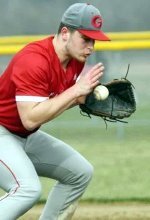 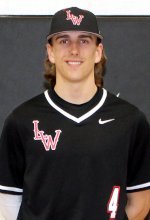 Name: D.J. Robinson
School: Lutheran West
Grade: 12
Stats: Pitched a complete-game shutout while allowing just six hits and drove in a run
Coach’s Quote: “D.J. was excellent in his complete-game 3-0 shutout of Beachwood on Tuesday,” said Lutheran West coach Thomas Balla. “He commanded his fastball and off-speed pitches, keeping Beachwood off balance all night long. In addition to being a leader on the mound, D.J. had a key RBI single to propel us to a key conference win.” 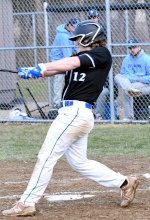 Name: Dane Sparks
School: Grand Valley
Grade: 12
Stats: 1-0 on the mound with 12 strikeouts and just three hits allowed in five innings; batted 1-for-3 with a run scored and two RBI
Coach’s Quote: “Dane led us to an 8-0 win against Berkshire this week, throwing five strong innings while recording 12 strikeouts and allowing just three hits,” said Grand Valley coach Matt Brumit. “In addition to his performance on the mound, he added a single and two RBI.” 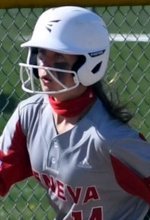 Name: Jordyn Alderman
School: Geneva
Grade: 10
Stats: Batted .444 with two doubles, three runs scored, and two RBI
Coach’s Quote: “Jordyn moved to the outfield from second base for us this year and she has done a phenomenal job out there,” said Geneva coach Eleshia Pitcher. “She catches everything that is hit her way and has made some amazing catches so far this season. She has also moved into our leadoff position this season and we can always count on her putting the ball in play.” 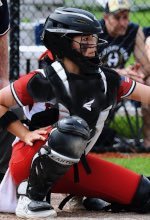 Name: Calli Thompson
School: Perry
Grade: 10
Stats: Batted 3-for-4 with two doubles, a single, two runs scored, and three RBI; also recorded seven putouts behind the plate with a diving catch down the first base line
Coach’s Quote: “Calli has worked so hard and is deserving of all her successes,” said Perry coach Joe Medlen. “Only in her second year, she is hungrier than ever and it’s definitely showing on the field. Calli has become a great leader for her team, not only in her play, but how she is the loudest cheerleader for her teammates and is always lifting up everyone around her. What the stats don’t show is her hustle down the baseline on every hit, yelling out the situation every pitch, and being a wall behind the plate.” 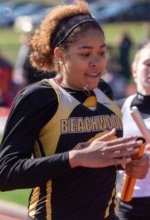