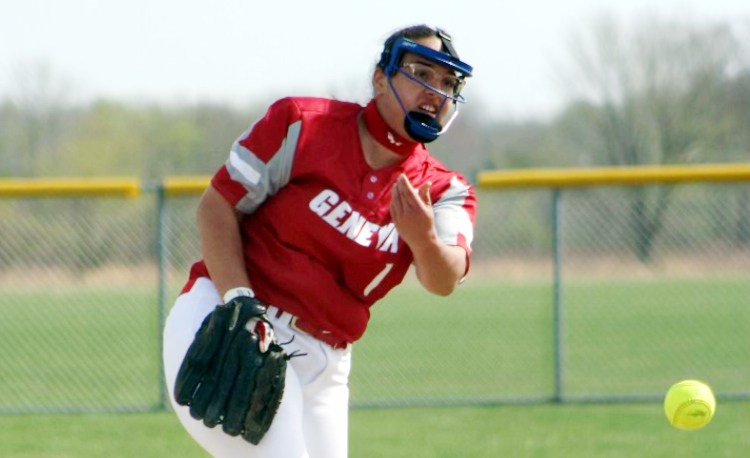 All statistics incurred during the week ending Sunday, April 18. 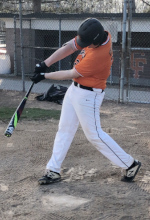 Name: Andrew Kirkpatrick
School: Chagrin Falls
Grade: 11
Stats: Batted .429 (3-for-7) with three doubles, six runs batted in, and four walks; allowed one run in four innings to earn a pitching victory
Coach’s Quote: “Andrew had a very good week this past week in helping us to a 2-0 week and a seven-inning tie vs. St. Edward at Progressive Field,” said Chagrin Falls coach Michael Sweeney. “Andrew has worked very hard in the offseason to prepare for the season. Andrew has become a complete player as he has helped us on the mound, in the field, and at the plate. He currently leads our team with 15 RBI and always seems to come up with the big hit. Andrew loves playing baseball and his attitude is infectious. Although he has had a good start to the season, he still has not hit his stride yet. I know he will keep getting better and better as the year goes on.” 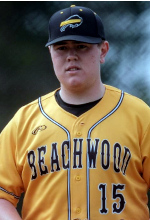 Name: Jordan Levin
School: Beachwood
Grade: 12
Stats: Struck out 11 in a six-inning complete-game shutout
Coach’s Quote: “Jordan is a four-year varsity starter with an advanced understanding of how to pitch and use his stuff effectively,” said Beachwood coach Andy Pohl. “He can command all four quadrants with a variety of pitches while effectively changing speeds and eye levels.” 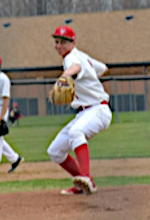 Name: Charlie Schweickert
School: Crestwood
Grade: 9
Stats: Batted .400 (2-for-5) with a double, two runs batted in and two walks; Allowed seven runs in seven innings pitched
Coach’s Quote: “Charlie is one of a handful of talented underclassmen who has been improving as the season goes on,” said Crestwood coach John Bakalar. “This past week, he made the move to the cleanup spot in the order while displaying versatility in the field in playing outfield, shortstop, and third base. On the mound, he has shown the ability to get people out at the varsity level and is an exciting player to follow in the coming years.” 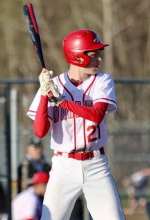 Name: Benjamin Welty
School: Edgewood
Grade: 11
Stats: Batted .455 (5-for-11) with five runs scored and four RBI; struck out five batters in three innings
Coach’s Quote: “Ben has been a great leader for us this year,” said Edgewood coach Jeff Barger. “He’s our starting shortstop and has been a solid presence on the field. He’s hit in the leadoff spot or two-hole all year and done a great job of getting on base and also dropping down a sacrifice when needed. Ben always seems to find a way to make things happen. He is also leading the team in ERA on the year and does a great job on the mound when needed.” 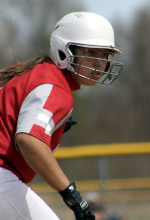 Name: Daliz Alvarez
School: Geneva
Grade: 11
Stats: Batted .818 (9-for-11) with two doubles, one triple, and a home run; also knocked in nine runs
Coach’s Quote: “I cannot say enough about Daliz’s performance this week from the plate and from the field,” said Geneva coach Eleshia Pitcher. “She is willing to do whatever we ask of her and her attitude and effort are unmatched.” 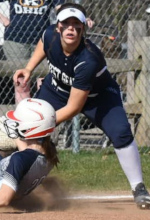 Name: Tara Gall
School: West Geauga
Grade: 11
Stats: Batted 1.000 with a double, four RBI, two walks, a hit by a pitch, and a run scored
Coach’s Quote: “Tara is the best pure hitter I have ever coached in 30 years,” said West Geauga coach Bob Leppla. “(She was) all-CVC as a freshman, with a .538 batting average, four homers, 32 RBI. Only a junior, Tara is a great team leader in the clubhouse and on the field. It’s a true pleasure to be her coach.” 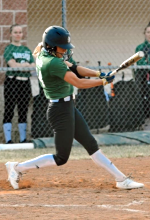 Name: Sidney Griffith
School: Lakeside
Grade: 12
Stats: Batted .889 (8-for-9) with five home runs (three in one game), two other extra-base hits, and 10 RBI
Coach’s Quote: “Sidney had a great week at the plate for us,” said Lakeside coach Jodi Candela. “As our leadoff hitter, Sidney sets the tone of the game when she reaches base. She has proven to be a team leader both on and off the field since her freshman year. As a teammate, she goes above and beyond, lifting girls up if they are down as well as being the first to congratulate them on a successful play or hit. She is definitely fuel to our fire.” 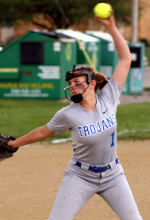 Name: Summer Wrobel
School: Trinity
Grade: 12
Stats: Batted .538 (7-for-13) with two double, four runs scored, and an RBI; Struck out a season-high 11 and finished the week 2-2 in the circle with 31 strikeouts in 25 1/3 innings of work
Coach’s Quote: “Summer has been a driving force on both sides of the ball for the Trojans,” said Trinity coach Alee Burke. “Her pitching has kept us in games and she has been seeing the ball extremely well at the plate. Summer is constantly working hard to get better day in and day out and this effort reflects in her performance. Our coaching staff is excited to see what she has in store for the second half of the season.” 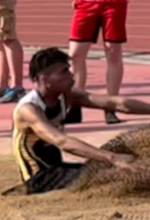 Name: Braylen Eaton
School: Beachwood
Grade: 10
Stats: Recorded a long jump of 21-feet, 2-inches and a high jump of 5-feet, 10-inches
Coach’s Quote: “The Beachwood Invitational was a showcase of some of the finest talent in Northeast Ohio,” said Beachwood coach Willie Smith. “Sophomore Braylen Eaton stood up to the challenge of Division I competition and went on to win both the long jump and high jump.” 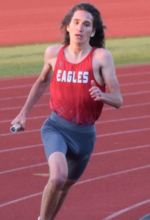 Name: William Hanchosky
School: Geneva
Grade: 12
Stats: Anchored the winning 4×800 (2:01), 4×200 (23.2) and 4×400 (52.1) relays
Coach’s Quote: “William is completely dedicated to running hard and helping to make his team better,” said Geneva coach Emily Long. “He anchors the relay team because of his speed and the heart to do what it takes at the end to help his team succeed.”