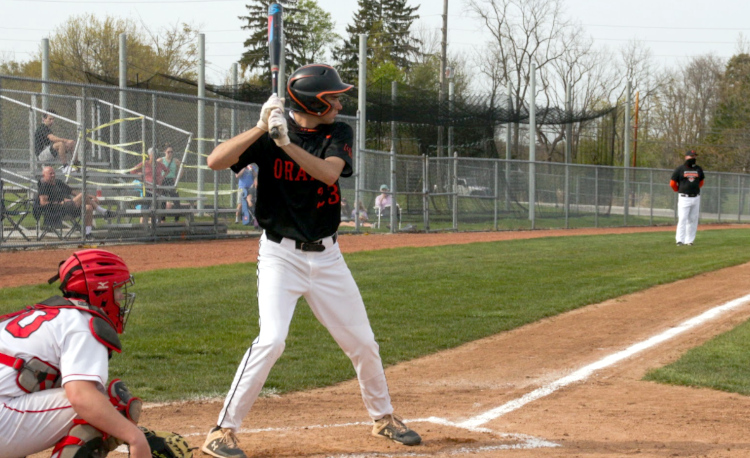 All statistics incurred during the week ending Sunday, April 25. 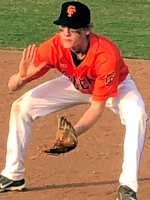 Name: Mikey Amendola
School: Chagrin Falls
Grade: 12
Stats: Batted .600 (6-for-10) with six RBI
Coach’s Quote: “Mikey has been outstanding for us all season long,” said Chagrin Falls coach Michael Sweeney. “He has been great on defense and he also has been our most consistent hitter. Not only has he been our most consistent hitter, but he is also clutch. If there are two outs and runners in scoring position, Mikey is the player we want up because it seems as if he always comes through for us. Mikey is a tremendous teammate as well. He is a big reason why our team has had the success we have had, and not just because of his on-the-field play. He always encourages his teammates and will do whatever it takes to help the team.” 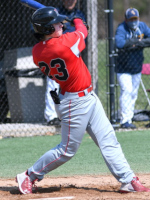 Name: Dom Brancel
School: Hawken
Grade: 10
Stats: Batted .538 (7-for-13) with six runs scored, 13 RBI, one double, one triple, and two home runs (both grand slams); also threw a complete game four-hitter
Coach’s Quote: “Dom has established himself as a top-notch catcher and hitter, while also developing into a reliable arm on the mound,” said Hawken coach Aaron Brandt. “His run production has been key for the Hawks early-season success as he has already reached the 25 RBI mark for the season. He is a great student of the game who works tirelessly to improve all of the finer points of his skills.” 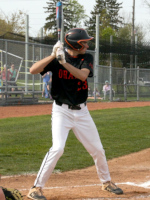 Name: Trevor Moss
School: Orange
Grade: 11
Stats: Batted .500 (8-for-16) with eight runs scored, two doubles, one triple, two stolen bases, five RBI, and four walks
Coach’s Quote: “Trevor has great discipline and patience at the plate,” said Orange coach Fred Zupancic. “He looks to hit the ball to all fields with power. Trevor leads the CVC in hitting at .459 and is a strong contender for Player of the Year.” 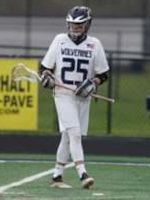 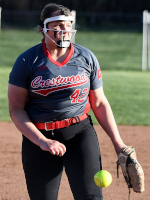 Name: Mikayla Berquist
School: Crestwood
Grade: 11
Stats: Batted .857 (6-for-7) with two runs scored and an RBI; 2-0 in the circle with 12 strikeouts
Coach’s Quote: “This was a break-out week for Mikayla at the plate and it was good to see it happen against two competitive teams like West Geauga and Independence,” said Crestwood coach LeRoy Moore. “Mikayla puts a lot of pressure on herself, so when she shuts an offense down or puts the ball in play with a base hit, it is good to see her smile.” 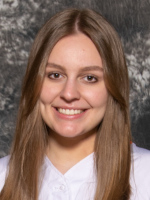 Name: Sara Hartle
School: Chagrin Falls
Grade: 12
Stats: Batted .714 (5-for-7) with a double and a three-run home run, scored four runs with five RBI
Coach’s Quote: “We are a 2-10 team struggling a bit, however, improving,” said Chagrin Falls coach Greg Munn. “We only played two games last week due to the weather; losing by a pair of runs both games.” 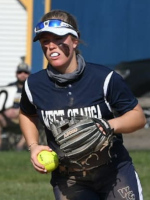 Name: Shae Malone
School: West Geauga
Grade: 10
Stats: Batted .667 (8-for-12), with two doubles, one triple, one home run, five runs scored, six RBI, two walks, two HBP, and a sac fly with two stolen bases
Coach’s Quote: “Shae is only a sophomore yet plays at a college level, a complete five-tool player,” said West Geauga coach Bob Leppla. “She plays shortstop with the best arm and range I have ever seen. Her ability to adjust at the plate allows her to make solid contact with power, and her speed and athleticism are second to none.” 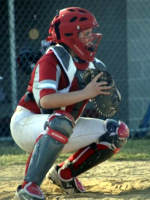 Name: Abby Stash
School: Geneva
Grade: 9
Stats: Batted .727 (8-for-11) with two doubles, one walk, one stolen base, four RBI, and a .750 on-base percentage
Coach’s Quote: “Abby did a great job from the plate for us this week,” said Geneva coach Eleshia Pitcher. “She is only a freshman and has taken over our leadoff spot in our lineup and we can count on her to get on base or drive in runs each time she is at-bat. Abby also has established herself as an outstanding third baseman for us and fills in as our backup catcher when she is needed.” 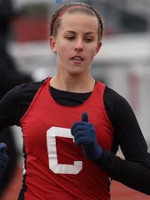 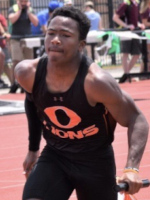 Name: Greg Beard
School: Orange
Grade: 12
Stats: Won the 100 (11.06) and 200-meter (22.50) dashes at the Kurt Frankel Invitational
Coach’s Quote: “Greg has been one of our most reliable and consistent performers on the track this spring,” said Orange coach Adam Bechlem. “He has tremendous daily work habits that translated into some nice results this past weekend.” 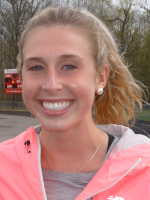 Name: Ella Gilson
School: Hawken
Grade: 12
Stats: Set a new school record in winning the 3200-meter run at the Kurt Frankel Invitational with a time of 10:45.61
Coach’s Quote: “Ella has been the best runner on Hawken’s strong girls track and cross-country distance teams the last four seasons,” said Hawken coach Jim Farroni. “She is a very dedicated and hard worker at practice, being a great example for our many younger runners. Ella is working hard to return to states. Her best times in the 1600m and 3200m are so far among the best in the state this season. She is looking forward to having her best track season ever. Ella, who is also a state champion in cross-country and swimming, will next season be attending Harvard on a track and cross country scholarship.” 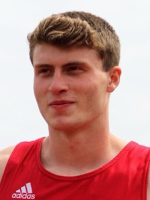 Name: Javin Richards
School: Perry
Grade: 11
Stats: Won three events at the Hilltopper Invitational including the 300-meter hurdles with a new school record of 39.82 seconds, 110-meter hurdles (15.90), and pole vault (15-3)
Coach’s Quote: “Javin had an unbelievable day at the Hilltopper Invitational,” said Perry coach Layne Richards. “He won three events with PRs in the 300 hurdles and pole vault. He even broke our 23-year old school record in the 300 hurdles. Javin improves his marks every week. This season has been exciting, and he is just getting started.” 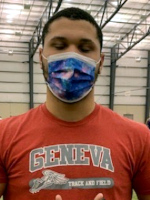 Name: Charlie Taylor
School: Geneva
Grade: 12
Stats: Threw the discus 142-2 and the shot 51-5
Coach’s Quote: “Charlie helps start us out on top in every meet,” said Geneva coach Emily Long. “He is very consistent and has helped our team finish first or second in every invitational this season. His current throw of 51-5 is second in the district.” 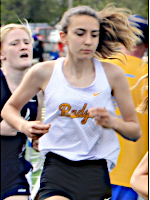 Name: Sarah Wendl
School: Berkshire
Grade: 9
Stats: Won the long jump in a dual with a PR of 14-feet, 2-inches, and finished second in the mile (6:29); also ran a leg in the winning 4×800 relay and competed in the pole vault
Coach’s Quote: “Sarah rocked it out Friday night at Cuyahoga Heights, winning the long jump with a new PR and then jumping into the first leg of the winning 4×800,” said Berkshire coach Aimee Green. “Then she competed in the pole vault and placed second in the mile. She works hard and is willing to compete in anything we put her in.”