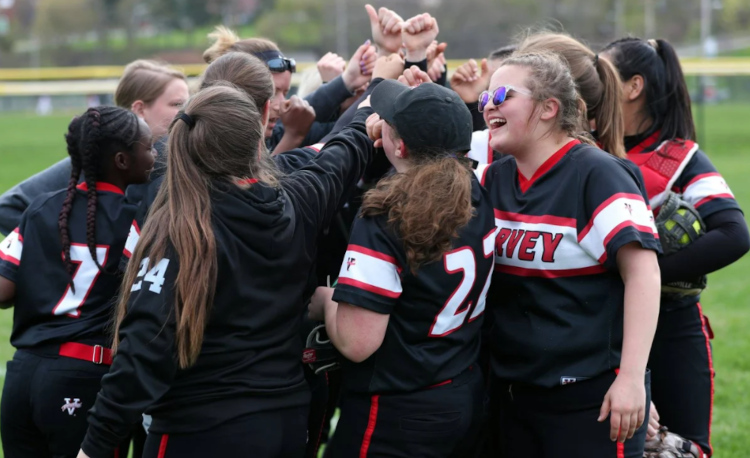 Harvey’s Alexa Bailey struck out 14 batters in a 3-0 nonconference win at Andrews-Osborne Academy on Wednesday.

With the win, Harvey improved to 10-7 on the year and snapped a four-game skid.

“After we hit a few bumps in the road over the weekend, the girls responded well today,” said Harvey coach Betsy Hada. “We cleaned up our defense. They had runners in scoring position a few times today with less than two outs; our defense held strong and shut it down.”

Bailey allowed just four hits in the complete-game shutout and the 14th strikeout of the game was her 81st of the season.

Harvey took a 1-0 lead in the third when Bailey reached on a fielder’s choice and moved to second on a passed ball. Rachael Boykin singled her home.

The Red Raiders closed out the scoring with two runs in the fifth.

DiPierro finished 3-for-4 and Nya Talley hit a double for the Red Raiders.

Talley and Overbey also recorded their 16th stolen bases of the season while Thomas swiped her 10th.