Each athlete was nominated by his or her coach. All statistics incurred from the start of the winter season through Sunday, December 4, 2022. 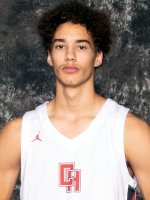 Name: Nate Biggers
School: Cuyahoga Heights
Grade: 12
Stats: Scored 47 points (17-for-23) with eight rebounds, two assists, one steal, and three blocks
Coach’s Quote: “Nate is one of our team captains; he has put in a ton of work in his time at Cuyahoga Heights,” said Cuyahoga Heights coach Michael Tartara. “When you invest time into your game and the program, everyone benefits. We are blessed to have great young men like Nate in our program.” 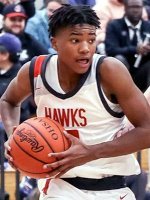 Name: Daron Hill
School: Hawken
Grade: 9
Stats: Averaged 14.3 points, 5.3 rebounds, 2.7 steals, and 1.3 assists
Coach’s Quote: “Ron is off to a great start this year,” said Hawken coach Josh Nugent. “As a freshman, he has made an immediate impact on the team. His numbers speak for themselves, but his impact goes beyond the numbers. He has a great attitude, and he works really hard. He is fun to be around and it’s obvious that his teammates enjoy playing with him.” 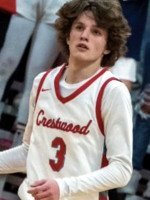 Name: Dekota Johnson
School: Crestwood
Grade: 10
Stats: Scored 53 points with 18 rebounds, three assists, and three steals in two games
Coach’s Quote: “Dekota had a fantastic start to our season,” said Crestwood coach Josh Jakacki. “He works on his craft year-round and is a pleasure to coach. He knows the defensive attention he’s going to see and isn’t blinded by fear. He embraces challenges and wants to improve his game. He makes his teammates better and is an integral part of our program now and in the future.” 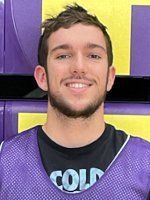 Name: Mason Mendolera
School: Berkshire
Grade: 11
Stats: Average 15.3 points in three games while shooting 58 percent from the floor (14-for-24) with 12 rebounds
Coach’s Quote: “Mason’s performance so far this year has been outstanding,” said Berkshire coach Joe Montanaro. “Mason is the ultimate student-athlete and a terrific leader for our team.” 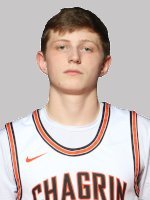 Name: Will Rossi
School: Chagrin Falls
Grade: 12
Stats: Scored 30 points on 8-of-8 shooting from behind the arc and was 6-of-7 from the free throw line in two wins
Coach’s Quote: “Will was instrumental in both of our wins with his 3-point shooting,” said Chagrin Falls coach Dave Bargar. “He was our leading scorer in each game, providing a great spark for us off the bench.” 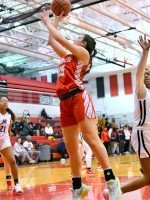 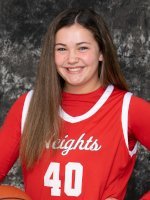 Name: Tess Conroy
School: Cuyahoga Heights
Grade: 12
Stats: Averaged 14.8 points and 7.3 rebounds in four games with a high of 17 points and 11 3-pointers
Coach’s Quote: “Tess is off to a great start this season,” said Cuyahoga Heights coach Al Martin. “She hit a clutch 3-point shot to tie the game against Independence with less than 10 seconds remaining in the game.” 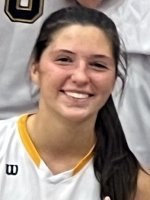 Name: Ava Gabriel
School: Wickliffe
Grade: 10
Stats: Scored 126 points with 18 rebounds, and 27 steals in four wins
Coach’s Quote: “Ava has been on a dominant run on both sides of the ball over the last four games,” said Wickliffe coach Jason Moulton. “She has taken a big sophomore jump and that’s due to how much time she puts in over the offseason. If a gym is open seven days a week, Ava would be there all seven days. Ava has been extremely active on the defensive side getting steals, which has allowed her to push the ball in transition and get good looks at the basket.” 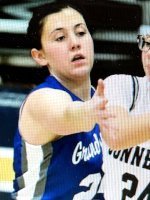 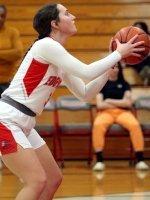 Name: Kaci Kanicki
School: Edgewood
Grade: 12
Stats: Averaged 22.0 points, 8.5 rebounds, 1.5 assists, 2.0 steals, and 1.0 blocks in four games while also recording the 1,000th point of her career
Coach’s Quote: “Kaci surpassed the 1,000-point mark in the third game of the season,” said Edgewood coach Randy Vencill. “Kaci is our team leader and one of the hardest-working players I’ve ever coached. She has had a great start to the season and playing her best basketball currently.” 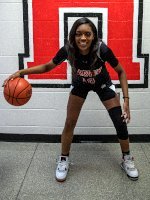 Name: Zharia McMullen
School: Harvey
Grade: 12
Stats: Scored 22 points with 20 rebounds, five steals, three blocks, and an assist in two games
Coach’s Quote: “Zharia’s all-around performance last week against two CVC opponents is exactly what this team needs to contend for a CVC championship this year,” said Harvey coach Jeremie Acree. “She’s a high-motor kid that always plays both ends of the floor. Zharia accomplished all this while also averaging 28 minutes per game, which shows her strength and endurance.” 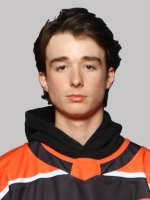 Name: Henry Westendorf
School: Chagrin Falls
Grade: 12
Stats: Score two goals, including one short-hande
Coach’s Quote: “Henry showed poise and leadership during Chagrin Falls’ second league game against Orange,” said Chagrin Falls coach Craig Hoberman. “With a short bench due to injury and illness, Henry led the team to compete from start to finish. He scored the only two goals of the game, one of those being a shorthanded goal, which energized the entire squad.” 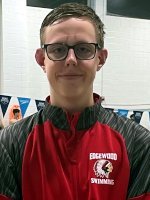 Name: Tyler Hill
School: Edgewood
Grae: 10
Stats: Set new school records in the 100 freestyle (:54.32) and 100 backstroke (:59.88) while placing in four events at two invitationals
Coach’s Quote: “Tyler has had a great start to the season,” said Edgewood coach Gretchen Hill. “He has swam some fast times for the beginning of the season.” 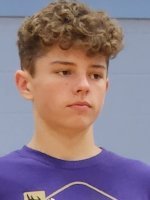 Name: Colin Hering
School: Berkshire
Grade: 11
Stats: Went 5-0 with five pins in two minutes, eight seconds total to win the 106-pound weight class at the Ron Madow Memorial Tournament
Coach’s Quote: “Colin is one of our captains and started the season off with a great performance,” said Berkshire assistant coach Jesse DeWeese. “His offseason preparation is already paying off.” 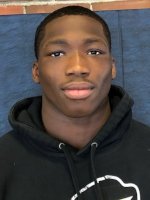 Name: Uzonna Nzekwe
School: Beachwood
Grade: 12
Stats: Went 5-0 in winning a second straight Ron Madow Tournament title
Coach’s Quote: “Uzonna became a two-time Ron Madow champion and was selected as the Most Outstanding Wrestler of the tournament,” said Beachwood coach Jimmy Greenwood. “He blitzed the competition with four pins, including a Division I state-ranked opponent and a 20-5 technical superiority in the finals.” 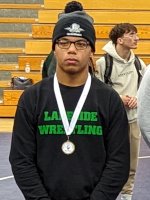 Name: Hassani Sy
School: Lakeside
Grade: 11
Stats: Placed sixth at the Solon Comet Classic
Coach’s Quote: “Hassani wrestled out to the semifinals in an incredibly tough tournament, especially for the opening weekend, and placed sixth at the Solon Comet Classic,” said Lakeside coach Andrew Horvath. “Hassani’s performance is a testament to his hard work, positive attitude, and leadership in the wrestling room daily. Hassani is a consummate workman and sets an example for his teammates through his actions.” 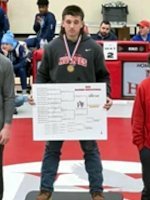 Name: Andrew Tucholski
School: Cardinal
Grade: 12
Stats: Won the Hawken Invitational Tournament with a 4-0 record
Coach’s Quote: “Andrew wrestled great at the Hawken Tournament this weekend placing first in the 215-pound weight class,” said Cardinal coach Dakota Ward. “He looked very comfortable on the mat and was putting moves together. He was able to beat some quality kids and take home the first trophy of his senior season. I am excited to see what this season will bring for Andrew and the rest of the team.” 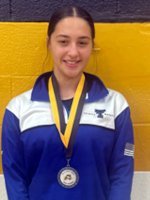 Name: Izzy Iacano
School: Trinity
Grade: 10
Stats: Made Trinity history by finishing 3-1 to place second at the Brush Tournament
Coach’s Quote: “Izzy completed her first-ever wrestling tournament by going 3-1 on the day and finishing in second place at the Brush Lady Arcs Wrestling Tournament,” said Trinity coach Jeremy Clarke. “She also made school history by being the first girl to place in a high school girls’ wrestling tournament in Trinity’s 49-year history.”