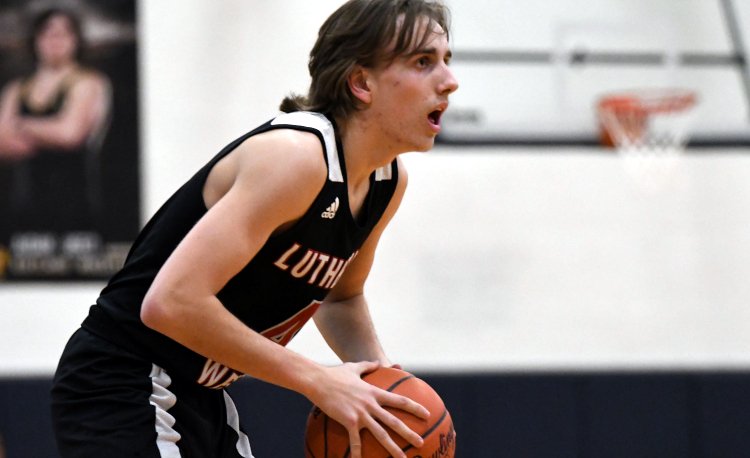 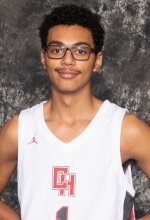 Name: Braylan McClardy
School: Cuyahoga Heights
Grade: 10
Stats: Scored 63 points with 13 3-pointers, 11 rebounds, four assists, and 10 steals while also tying the school record with seven 3-pointers in a single game.
Coach’s Quote: “Braylan is doing everything for us,” said Cuyahoga Heights coach Michael Tartara. “He can defend and rebound, he can handle the ball; Braylan can finish around the rim with both hands. He is a much-improved passer. Now, he is shooting it extremely well also. He is filling his ‘bucket’ with experience and most importantly, he is being a great teammate.” 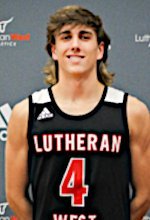 Name: D.J. Robinson
School: Lutheran West
Grade: 12
Stats: Scored 30 points with 15 rebounds with 12 assists and made nine 3-pointers while shooting 50-percent from behind the arc
Coach’s Quote: “Senior guard D.J. Robinson was instrumental in continuing the Longhorns’ current 11-game win streak by connecting on 5-of-7 3-point field goals against then No. 13 ranked by the Plain Dealer and No. 10 ranked by the AP state of Ohio Lutheran East Falcons,” said Lutheran West coach Jordan Duke. “The last of which came with 1:06 remaining and put the Longhorns in the lead in a game they would go on to win by a score of 49- 5. Robinson then followed that performance up with a 3-for-4 night from behind the arc against league rival Cuyahoga Heights on Saturday as the Longhorns clinched the CVC Metro Division championship by a score of 62-48.” 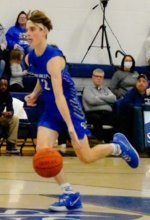 Name: Logan Zirzow
School: Grand Valley
Grade: 10
Stats: Scored 14 points with four rebounds and four steals and shot 3-of-6 from behind the arc
Coach’s Quote: “Logan is a multi-faceted player for us,” said Grand Valley coach Justin Turk. “He can play point guard, wing, or in the post. He can defend multiple positions and he has only improved since the season began.” 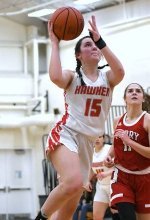 Name: Kate Bollinger
School: Hawken
Grade: 11
Stats: Averaged 17 points, 10 rebounds, 1.7 steals, and 1.7 assists while shooting 53-percent from the floor
Coach’s Quote: “Kate had three strong performances that helped our team amass a 2-1 record last week,” said Hawken coach David Murray. “Her outside shooting and relentless efforts on the glass helped catalyze our offense and extend possessions. She had a strong statistical week, but it is impossible to capture in a box score all of the positive things that she does on the court.” 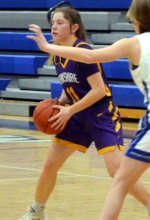 Name: Natalie Hering
School: Berkshire
Grade: 11
Stats: Scored eight points with five rebounds, two assists, and two steals
Coach’s Quote: “Natalie has been building her confidence all year and the last two weeks, she has expanded the role a little more and she came up scoring eight points last week,” said Berkshire coach James Bosley. “That doesn’t seem like much on paper but in each game, her scoring helped to start scoring runs for the team. Aside from that, she has been one of the girls that make several hustle plays that don’t show up in the stat columns but it helps us get extra possessions in games.” 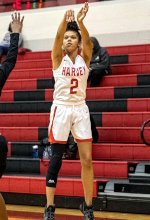 Name: Brooklyn Roberts
School: Harvey
Grade: 12
Stats: Scored 25 points with 11 rebounds, three assists, one steal, and shot 5-of-9 from behind the arc
Coach’s Quote: “Brooklyn’s performance was special last Friday night,” said Harvey coach Jeremie Acree. “Every shot she took looked like it was going in and her teammates were intentional about getting her the ball. Brook’s confidence was on another level that night and we hope it carries over into our sectional game this week.” 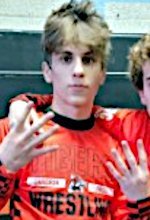 Name: Harrison Fritz
School: Chagrin Falls
Grade: 10
Stats: Won seven matches during the week to improve to 14-4 on the year
Coach’s Quote: “Harry won seven matches and doubled his win total after a very difficult season due to illness and injury,” said Chagrin Falls coach C. Peter Cimoroni. “Harrison continues to battle and we look forward to the sectional and his continued improvement.”