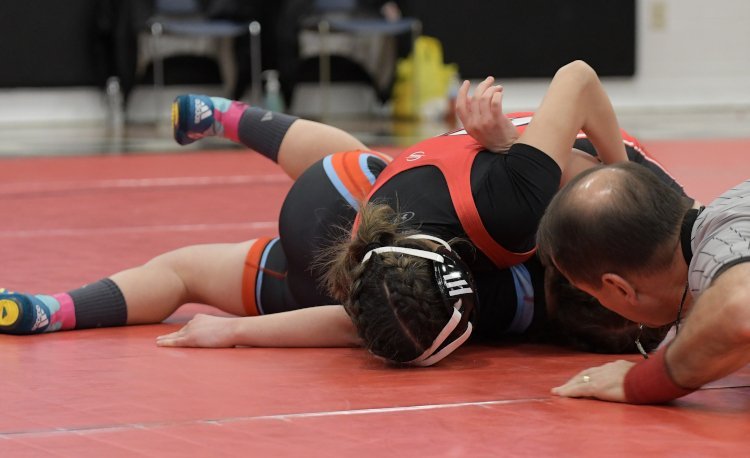 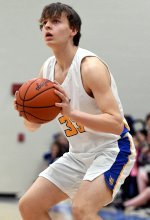 Name: Landon Jatsek
School: Independence
Grade: 10
Stats: Averaged 18 points with seven rebounds and four steals in two games with a career-high 19 points in a loss to Kirtland
Coach’s Quote: “Landon has had two really good games in a row for us,” said Independence coach Kyle Johnson. “The maturity he has shown over the course of the season has consistently trended upwards. Landon is not afraid of the moment and has provided a much-needed scoring and rebounding presence in absence of Braden Flynn.” 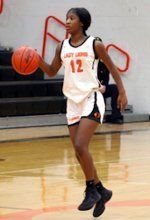 Name: DeMarionna Branch
School: Orange
Grade: 9
Stats: Scored 46 points with 15 rebounds and five steals in three games
Coach’s Quote: “Ari’s scoring ability has been amazing for us all season,” said Orange coach Jazmyne Frost. “Her aggressiveness on defense and offense were huge factors in our win last week over Beachwood and our close battle with Chagrin. She plays extremely hard every game and has grown into a great young leader for this program.” 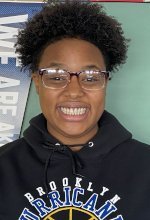 Name: Shariah Gailes
School: Brooklyn
Grade: 11
Stats: Scored 43 points with 42 rebounds in three games, including a school-record 28 rebounds in a win over Trinity
Coach’s Quote: “Shariah had a monster week capped off by her double-double in her team’s big victory over Trinity,” said Brooklyn coach Jon Holko. “She continues to be a dominant force on both ends of the floor and a key piece to this team’s current six-game winning streak and 11-5 overall record.” 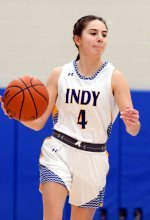 Name: Natalie George
School: Independence
Grade: 11
Stats: Scored 46 points with five rebounds, five assists, and 12 steals
Coach’s Quote: “Her performance against Lutheran West was an impressive all-around effort,” said Independence coach Mike Marcinko. “Her scoring, defending, and leadership were on full display. Nat gives us that every day but it was on an extremely high level Saturday.” 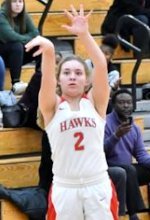 Name: Julianna Pollard
School: Hawken
Grade: 12
Stats: Averaged 12.3 points with four assists, and 3.3 rebounds, and drained six 3-pointers in one game
Coach’s Quote: “Last week, Julianna had three outstanding performances including an 18-point game against Chagrin Falls, in which she tied the school record for most 3-pointers made in a game with six,” said Hawken coach David Murray. “She is a four-year starter at point guard for our program and embodies everything that role requires.” 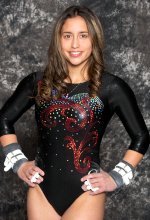 Name: Alize Reyes
School: Cuyahoga Heights
Grade: 11
Stats: In two meets, collected a second and third on the vault, a second and fourth on the bars and beam, and a second and a third in the all-around
Coach’s Quote: “Alize’s boundless energy, talent, and perseverance are qualities that have allowed for the success she has enjoyed this season,” said Cuyahoga Heights coach Linda Wilson. “Furthermore, Alize’s consistent performances along with the additional skills added to her routines this year make her an important contributor to our team score and highly admired by her teammates.” 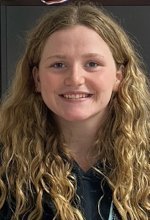 Name: Kennedy Cull
School: Hawken
Grade: 12
Stats: In the final dual meet of her career, she won the 500 freestyle and anchored the 200 medley relay; she also swam a leg in the winning 400 freestyle relay
Coach’s Quote: “Kennedy is one of the hardest workers on our team and at the same time, one of the biggest cheerleaders on the team for her teammates,” said Hawken coach Adam Katz. “She inspires others on the team to work harder. She is an asset to our team.” 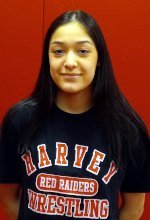 Name: Melany Herrera
School: Harvey
Grade: 11
Stats: Went 4-0 with four pins to win the Columbia Tournament; the tournament title was the first of her career
Coach’s Quote: “Melany has really improved her wrestling this season,” said Harvey coach Christopher Hoffer. “She is 18-8 on the girls’ side of wrestling in a very competitive weight class. She has become a leader on and off the mat helping her four new teammates figure out how to drill in practice and be focused before competition. A lot of the growth and success that we have had as a small girls team, I attribute to her hard work and positive attitude.” 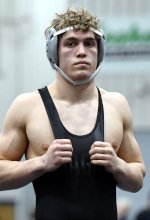 Name: Sam Partain
School: Chagrin Falls
Grade: 12
Stats: Became the first Tiger wrestler to win two CVC titles; is 17-3 on the year
Coach’s Quote: “Sam embodies everything we teach, dedication, hard work, extra effort, and a focus on the goal of being at his personal best,” said Chagrin Falls coach C. Peter Cimoroni. “He leaves it all out on the mat and is a great role model both on and off the mat. Our first two-time CVC champ ever couldn’t have been accomplished by a more deserving young man.” 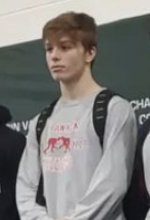 Name: Patrick Reineke
School: Hawken
Grade: 12
Stats: Went 4-0 with a championship round pin in winning the CVC title
Coach’s Quote: “Patrick Reineke won the championship at the CVC tournament at the 126-pound weight class,” said Hawken coach Mark Jayne. “Reineke got the pin in the finals with one minute left in the match and the score tied at two in the finals to secure his championship. Reineke was named the Most Valuable Wrestler of the Metro Division.”