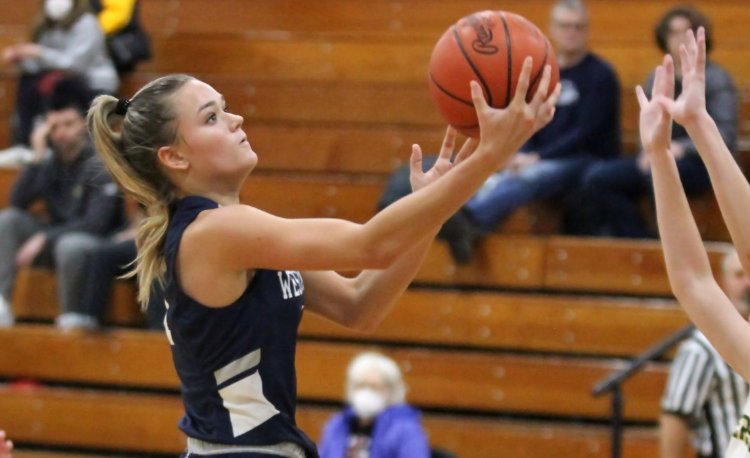 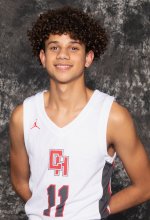 Name: Max Bollin
School: Cuyahoga Heights
Grade: 9
Stats: Scored 29 points with three rebounds, four steals, five 3-pointers, and he converted on 11-of-14 field goal attempts
Coach’s Quote: “Max has really helped us with his ability to score the ball and see the floor,” said Cuyahoga Heights coach Michael Tartara. “We had two Division II games last week and we really benefited from Max’s skills. He has great vision and understands the game very well. Max has a tremendous upside to his game and has a bright future ahead of him.” 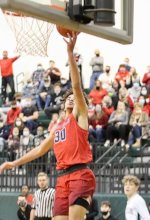 Name: Christian Curry
School: Edgewood
Grade: 12
Stats: Averaged 17 points, seven rebounds, and four steals per game while shooting 78-percent from the floor
Coach’s Quote: “Christian has taken over as the heart and soul of our team,” said Edgewood coach Jay Bowler. “He gets his teammates involved and makes everyone on the floor better. The last 40 seconds of our last game he had four points, two steals, and a block to win the game for us. His energy is contagious and has so much room to grow.” 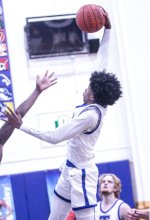 Name: Braylyn Irby
School: Trinity
Grade: 9
Stats: Averaged 22.6 points, two steals, three assists, and six rebounds
Coach’s Quote: “Braylyn was a big part of this week’s success as we went 2-1,” said Trinity coach Dan Urban. “He defended each team’s best player and used his length to create deflections and cause havoc in passing lanes. His ability to get his hands on lots of passes and shots off the rim has been something we haven’t had in the past at Trinity. He was very efficient scoring the ball within the rhythm of our offense, which created easier scoring opportunities for our team.” 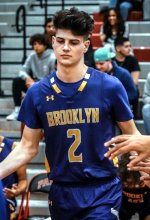 Name: Jacob Sullivan
School: Brooklyn
Grade: 12
Stats: Scored 39 points with 22 rebounds, five steals, three blocks, and two assists, and he shot 72-percent from the floor in two games
Coach’s Quote: “Jacob had a very productive week for us,” said Brooklyn coach Jeff Shepherd. “He had 25 points and 15 rebounds in an 81-74 overtime victory over Independence. Jacob has been a very consistent player for Brooklyn this season thus far. Jacob is a very versatile player as he can play the perimeter as well as a post position.” 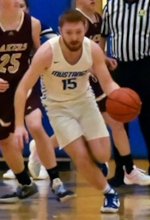 Name: Caden Vatty
School: Grand Valley
Grade: 12
Stats: Averaged 13 points and three rebounds while shooting 40-percent from the floor and 67-percent from the free throw line
Coach’s Quote: “Caden has been a constant force for us on both sides of the floor for us all season,” said Grand Valley coach Justin Turk. “His clutch shooting from deep and free throws helped seal a non-conference win over a very good McDonald team.” 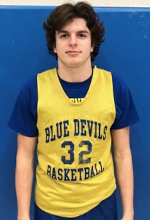 Name: Kyle Zygmunt
School: Independence
Grade: 12
Stats: Averaged 26 points, 10 rebounds, seven assists, and five steals in two games
Coach’s Quote: “Kyle continues to be the leader for our team,” said Independence coach Kyle Johnson. “What I’ve been most impressed with lately is he is playing at a high level on both ends of the court. Kyle always finds ways to affect the game. His basketball IQ is one of, if not the highest of any player I have ever coached.” 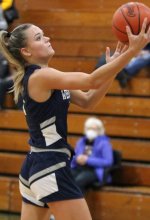 Name: Alexa Hocevar
School: West Geauga
Grade: 11
Stats: Averaged 23 points, 11 rebounds, and 2.5 steals while shooting 39-percent
Coach’s Quote: “Alexa stepped up in two huge games for us against Streetsboro and Perry,” said West Geauga coach Brandon Stewart. “Her ability to affect the game on all three levels makes it very challenging for opposing defenses. She knows how to get her teammates involved and puts them in positions to succeed. Her defense and rebounding were both outstanding this week.” 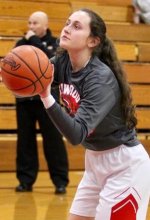 Name: Kaci Kanicki
School: Edgewood
Grade: 10
Stats: Scored 35 points with 14 rebounds, two assists, four steals, and three blocks in two games
Coach’s Quote: “Kaci is a team leader on and off the floor,” said Edgewood coach Randy Vencill. “She had a spectacular week and scored her career-high in points. Not only does she score the ball, but she does all the other intangibles that make her so good.” 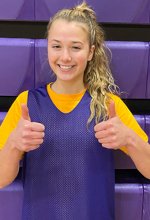 Name: Kylie Neumore
School: Berkshire
Grade: 12
Stats: Scored 25 points with seven rebounds, six assists, and eight steals
Coach’s Quote: “Kylie really stepped up this week,” said Berkshire coach James Bosley. “She doubled her scoring average and was in double figures both games. She is also one of our best defensive players. She really helped set the tone defensively in those games and the rest of the team follows her lead. Aside from that, she handles the ball for us and is able to control the tempo of the game with her speed and court vision.”

Name: Haylee Timothy
School: Wickliffe
Grade: 12
Stats: Scored 23 points on 8-of-11 shooting with a school-record seven 3-pointers in a single game and four rebounds
Coach’s Quote: “Haylee set the record for most made 3s in a game in Wickliffe school history,” said Wickliffe coach Bill Harvey. “The senior connected on 7-of-8 attempts from long range. She finished with 23 points and four rebounds while leading the Lady Blue Devils to a 60-30 victory over St. John.” 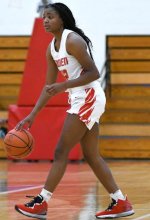 Name: Makayla White
School: Hawken
Grade: 12
Stats: Scored 18 points with 12 rebounds and two steals
Coach’s Quote: “Makayla had a huge performance that helped our team pick up a big road win against a tough, well-coached Chagrin team,” said Hawken coach David Murray. “On the offensive end, her relentlessness in the paint extended possessions and led to some key baskets when our team was struggling to score. On the defensive end, her pressure really changed the momentum of the game.” 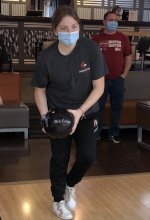 Name: Tessa Studniarz
School: Cuyahoga Heights
Grade: 11
Stats: Bowled a 144, 160, 148, 150, 146, and a 205
Coach’s Quote: “Tessa has been working hard mastering a new ball and style, increasing her impact on her opponents and helping to lift her team to new heights,” said Cuyahoga Heights coach Barb Cellura. 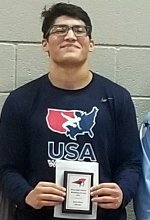 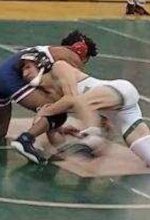 Name: Lucas Eland
School: Lakeside
Grade: 10
Stats: Went 4-1 on the week
Coach’s Quote: “Lucas continues to be an outstanding leader and example for his teammates while also continuing to improve his wrestling skills,” said Lakeside coach Andy Horvath. “Lucas is a consummate workman and is always the first person to practice and the last one to leave. This past weekend, Lucas went 4-1 at Lakeside’s 1st Annual KP Classic. Lucas recorded victories over Cleveland Central Catholic, Orange, NDCL, and Parma. His only loss was a close, back-and-forth match to powerhouse Wadsworth.” 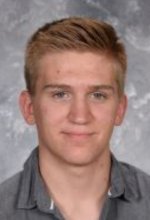 Name: Jacob Hlifka
School: Hawken
Grade: 12
Stats: Finished as the runner-up at the John Matteucci Memorial Classic
Coach’s Quote: “Jacob Hlifka earned a runner-up finish at the JMMC Eastlake Tournament,” said Hawken coach Mark Jayne. “Hlifka wrestled aggressively and kept on looking to score. This is something we try to instill in our wrestlers and he did a great job of that and competing for the entire six minutes.” 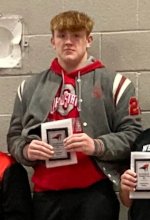 Name: Troy Peterson
School: Edgewood
Grade: 12
Stats: Won the 285-pound bracket at the Perry Pin City Tournament with a 4-0 record
Coach’s Quote: “Troy Peterson had a great tournament on Saturday at Perry,” said Edgewood coach Greg Stolfer. “This was the first high school tournament Troy has ever won. Troy went 4-0 for the day with three pins and a major decision in the finals. Troy’s hard work is really showing as we move to the second half of the season.” 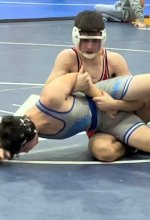 Name: J.P. Wrobel
School: Crestwood
Grade: 10
Stats: Went 3-0 with a pin and a technical fall as well as a 4-3 decision over a two-time state qualifier in winning his second straight Portage County championship
Coach’s Quote: “J.P. is building off last year’s freshman season where he won 35 matches and qualified for the state tournament,” said Crestwood coach Dave Wrobel. “This year he is 8-1 as the heart of the schedule begins to heat up.”