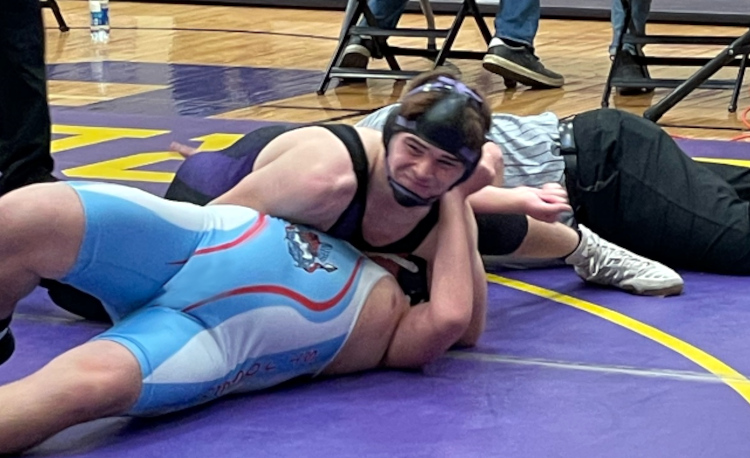 All statistics incurred during the week ending Sunday, Jan. 24. 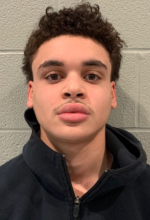 Name: Devin Belle
School: Orange
Grade: 10
Stats: Averaged 27 points and eight rebounds in two wins
Coach’s Quote: “Devin is starting to become a complete basketball player,” said Orange coach Michael Cruz. “We have always known he can score but he is now starting to affect the game on both sides of the floor and becoming a more well-rounded scorer.” 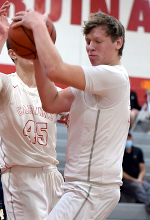 Name: Joe Soltis
School: Cardinal
Grade: 12
Stats: Scored 18 points on 6-of-6 shooting and was 2-for-2 from behind the arc and pulled down eight rebounds with two assists, two steals and two blocks
Coach’s Quote: “Joey is our team captain, our vocal leader and our hardest worker on our team,” said Cardinal coach Jon Cummins. “Most nights he does not put up huge numbers in the scoring column, but other teams feel his presence and know where he is at when he is on the floor. Joey is our glue guy who keeps the team moving in the right direction every night. I love to coach players like Joe.” 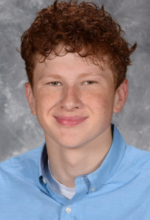 Name: Reilly Tyna
School: Cuyahoga Heights
Grade: 12
Stats: Scored 24 points with 33 rebounds, eight steals and five blocked shots
Coach’s Quote: “Reilly has continued to develop as a basketball player,” said Cuyahoga Heights coach Michael Tartara. “His size and athleticism help us on both ends of the floor. He is a great teammate and is very competitive. Every day we get to coach Reilly and his teammates is a great day for our staff.” 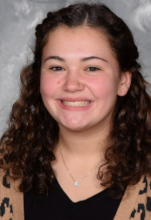 Name: Tess Conroy
School: Cuyahoga Heights
Grade: 10
Stats: Scored 33 points with nine rebounds in a pair of wins; also had five assists in a win over Richmond Heights
Coach’s Quote: “Tess connected on six 3-pointers and made all seven of her free throws in two important conference games this past week,” said Cuyahoga Heights coach Al Martin. “She is averaging 13.6 points and 5.4 rebounds on the year.” 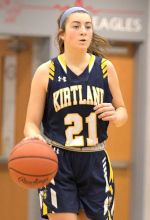 Name: Corinne Greenlee
School: Kirtland
Grade: 10
Stats: Recorded her first career double-double with 11 points, 11 rebounds, three assists, four steals and six deflections against one of the area’s top Division III teams and also scored 10 points with five steals, two assists and six deflections in a win over Geneva
Coach’s Quote: “Corinne can play full-court man defense for 32 minutes without tiring,” said Kirtland coach Brittany Zele. “She has always been a defensive threat and is starting to see herself as a threat on offense. Her quick moves allow her to get to the basket and score high-percentage shots and get her teammates open looks.” 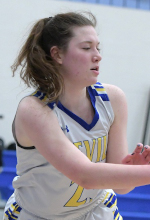 Name: Madison Stepanik
School: Independence
Grade: 12
Stats: Scored 35 points with 21 rebounds and five blocked shots in two games
Coach’s Quote: “Madison is starting to round into form and it showed this last week with strong performances,” said Independence coach Mike Marcinko. “With the team being shorthanded, Madison has really stepped in up as a leader vocally and physically.” 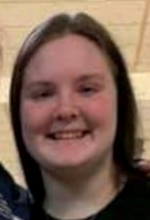 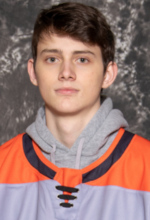 Name: Charlie Gunn
School: Chagrin Falls
Grade: 12
Stats: Posted shutouts in two games with 52 saves
Coach’s Quote: “In two games this week, Charlie posted two shutouts versus divisional opponents Mayfield and Normandy,” said Chagrin Falls coach Jim Revak. “Charlie stopped all 16 shots at Mayfield and all 26 at Normandy. This allowed the Tigers to move their record against division opponents to 6-0. Charlie is a strong goalie and is one of the key leaders of the Chagrin defense.” 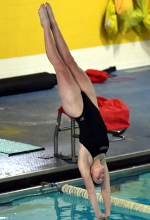 Name: Samantha Holtz
School: Chagrin Falls
Grade: 9
Stats: Won the CVC Diving Championship and placed first at the Nordonia Knights Invitational
Coach’s Quote: “Sam has been a great new addition to our team,” said Chagrin Falls coach Beth Sonnhalter. “She is so confident as a freshman.” 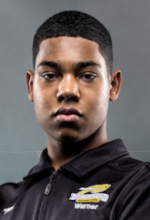 Name: Seth Warner
School: Beachwood
Grade: 12
Stats: Finished second at the CVC Diving Championships with a score of 443.05
Coach’s Quote: “Seth was able to increase his personal best by 32.8 points, which earned him second place during the CVC Diving Championships,” said Beachwood coach Morgan Srail. “His positive attitude through adversity and work ethic has made this incredible performance possible.” 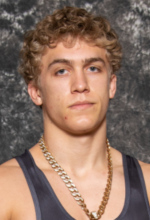 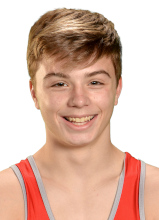 Name: Patrick Reineke
School: Hawken
Grade: 11
Stats: Won Hawken Invitational with a 3-0 record on two pins and a technical fall
Coach’s Quote: “Patrick pinned and teched his way through the Hawken meet and received the Outstanding Wrestler Award,” said Hawken coach Mark Jayne. “This is Reineke’s third HIT championship in as many years.” 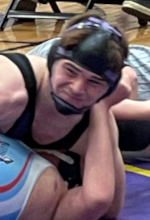 Name: Lucas Stoddard
School: Berkshire
Grade: 11
Stats: Was 7-0 during the week
Coach’s Quote: “Lucas went 7-0 over the weekend making his overall record 27-0 with 14 pins,” said Berkshire coach Adam Lange. “On his way to going 7-0, Lucas beat three ranked wrestlers in Jerry Rose from Cardinal (4), Hal Huber from Northwestern (23), and Ronnie Dimerling from GlenOak (6). Stoddard is currently ranked No. 3 in the state and will be looking to capture his third CVC title this weekend at Independence High School.”