All statistics incurred during the week beginning Jan. 20 and ending Jan. 26. 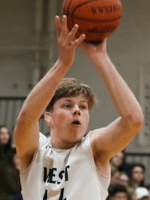 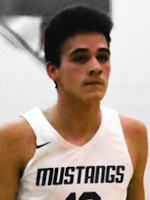 Name: Malik Mitchell
School: Grand Valley
Grade: 12
Stats: Averaged 20 points with 6.5 rebounds and hit 10 of 16 3-pointers
Coach’s Quote: “Grand Valley went 1-1 for the week beating Cardinal and then losing a heartbreaker to Independence 79-77,” Grand Valley coach Justin Turk said. “Malik scored 29 against Independence on 8-10 from 3. Malik is capable of being the best player on the floor on any given night.” 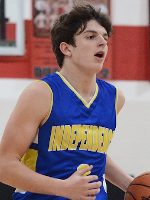 Name: Kyle Zygmunt
School: Independence
Grade: 10
Stats: Averaged 15 points, 11 rebounds and 10 assists in two games
Coach’s Quote: “Kyle continues to be more than just a scorer for our team,” Independence coach Kyle Johnson said. “He sees the floor extremely well, is a willing passer, and does a great job of rebounding for a point guard.” 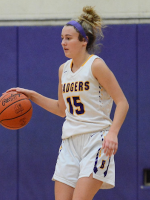 Name: Lexi Boyk
School: Berkshire
Grade: 12
Stats: Scored 19 points with 17 steals, seven assists and six rebounds in two games
Coach’s Quote: “Lexi has been playing at such a high level this season and last week was no different,” Berkshire coach James Bosley said. “She had 10 steals in Wednesday’s game at Grand Valley to go along with 16 points. She continued on Saturday versus Trinity with another seven steals and five assists. Her energy really helps set the tone for our defense. Her teammates have really stepped up lately in a lot of areas on the defensive end and it’s been helping Lexi be even more effective.” 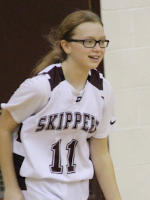 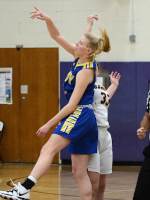 Name: Riley Wilson
School: Independence
Grade: 12
Stats: Scored 46 points with 11 rebounds, three assists and six steals in two games
Coach’s Quote: “Riley was impactful and dominant in both games,” Independence coach Mike Marcinko said. “She really showed her abilities and versatility in a hard-fought Kirtland game by ball handling, scoring, defending, rebounding and being a team leader on the floor.” 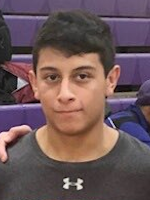 Name: Jonathan Mares
School: Chagrin Falls
Grade: 12
Stats: Finished the week 3-1 and improved to 17-9 overall
Coach’s Quote: “Jonathan is our senior leader and has come into his own this year as champ at the Badger Open and now a finalist at the Audrey Genovese Tournament this past weekend,” Chagrin Falls coach Peter Cimoroni said. “He leads our team in victories with 17. He works hard, has great athletic ability and all of the youth look to him as someone to emulate. He is a pleasure to coach and will be missed as he moves on to college this year.”