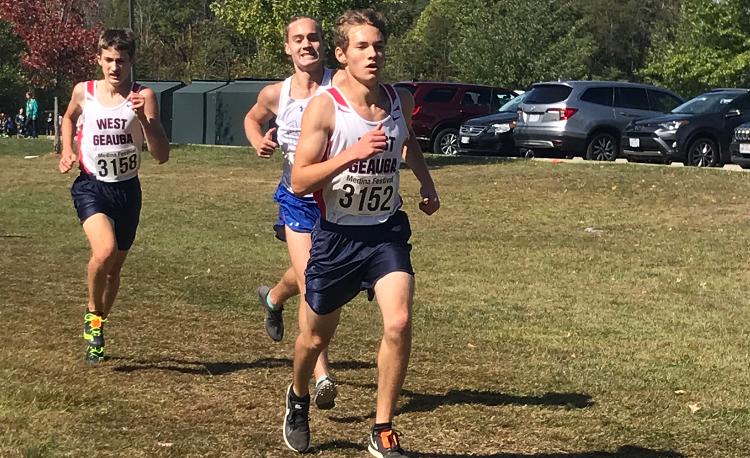 Athletes from Cardinal, Geneva, Grand Valley, Hawken, Independence and West Geauga have been named the Chagrin Valley Conference Players of the Week.

All statistics incurred during the week beginning Sept. 30 and ending Oct. 6.

Name: Ken Kirk
School: West Geauga
Grade: 11
Stats: Placed fourth at the George Gross Invitational with a time of 18:06 and sixth at the Medina Invitational with a time of 17:15
Coach’s Quote: “Kenny is Mr. Consistency,” West Geauga coach John Boylan said. “The team can count on him in every race. Kenny is the unsung hero of the West Geauga cross country team. Much of the success that the team is experiencing this year is owed to the contributions of Kenny Kirk.” 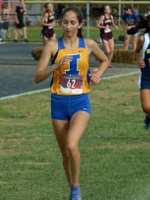 Name: Emily Skoczen
School: Independence
Grade: 12
Stats: Finished 34th at the Legends Meet with a time of 20:29
Coach’s Quote: “Emily has been such a solid, consistent performer for the Independence girls’ cross country team for four years now,” Independence coach Vern Blaze said. “Emily qualified for the state meet as a junior, and we’re hopeful that she can improve on that performance here in her senior year.” 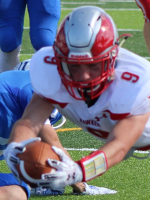 Name: Zach Miller
School: Hawken
Grade: 11
Stats: Carried 35 times for 215 yards and a touchdown; caught three passes for 22 yards and a score; recorded 4 ½ tackles on defense
Coach’s Quote: “Zach had a great game in which he followed his blockers and made great plays in space,” Hawken coach Brian Stephenson said. “He trusts the offensive line so much that during a timeout he said, ‘Keep running [the same play], Coach. We’ll make it work.’ That kind of confidence in teammates and his ability to run the ball spoke volumes to everyone on Friday.” 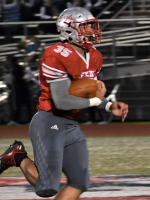 Name: Charles Taylor
School: Geneva
Grade: 11
Stats: Carried 17 times for 142 yards with two touchdowns; recorded five tackles, three sacks, two tackles for loss and two QB hurries; punted twice for an 80-yard average and pinned the opponent inside the 20 twice
Coach’s Quote: “Charles played an awesome game all the way around,” Geneva coach Gerald Sorber said. “On offense, he was a punishing runner with some big-time runs and on defense, he was a beast up front on our DL consistently applying pressure and thus putting the clamps on West Geauga’s passing game. His punting skills also pinned our opponent deep in their own territory twice.” 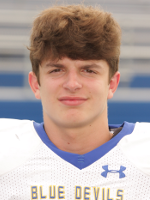 Name: Kyle Zygmunt
School: Independence
Grade: 10
Stats: Ran for 131 yards and four touchdowns on nine carries and caught one pass for 30 yards and a score; returned two punts for 34 yards and picked off a pass
Coach’s Quote: “Kyle’s performance was outstanding,” Independence coach Rick Adams said. “He showed his versatility by moving to the backfield and making sharp cuts off of the O-line blocks.” 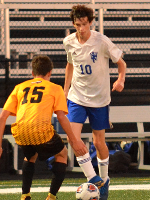 Name: Christian Streibel
School: Independence
Grade: 12
Stats: Scored a goal and an assist and helped secure a shutout by stepping in on defense for ¾ of a game
Coach’s Quote: “Christian has been a solid performer for us all season, but this week showed what a true team player he is by stepping into the backline from midfield and held our defense to a shutout vs. visiting Streetsboro,” Independence coach Ryan MacRaild said. “His ability to distribute from all positions on the field and his services on set pieces set him at a higher level than many of his peers. He truly has saved his best season for his senior year.” 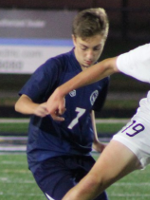 Name: Ayden Vargo
School: West Geauga
Grade: 10
Stats: Recorded one goal and an assist in a win over South
Coach’s Quote: “Ayden’s two pin-point passes to Joey DiLalla made the score one and three to nothing,” West Geauga coach Mario Gerhardt said. “Ayden then made the score 4-0 with a perfectly placed direct free kick. Our young sophomore starters are starting to make a difference and just in time for the playoffs.” 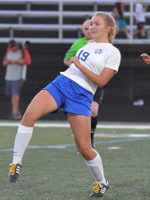 Name: Hannah MacRaild
School: Independence
Grade: 10
Stats: Recorded two goals and an assist in two games, including the game-tying goal with 2:30 left in a 1-1 draw against Perry
Coach’s Quote: “Hannah’s confidence and ability have grown so much since last season,” Independence coach Bryan Less said. “Her goal against Trinity was a header off a corner she would not even thought of making in the past.” 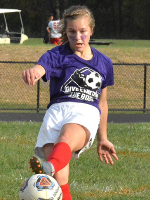 Name: Bella Pollack
School: Cardinal
Grade: 9
Stats: Scored three goals
Coach’s Quote: “Bella Pollack has helped take our team to a whole new level of play this year,” Cardinal coach Vanessa Pintabona said. “A force to be reckoned with on the field, she has speed, talent, skill, determination and knowledge of the game. Bella dominates the midfield, playing back when the defense needs support and taking advantage of opportunities to run the ball up when she sees them. She never stops fighting and constantly pushes herself to be the best player and teammate possible. Only a freshman, Bella is only going to get stronger as she moves through high school. I cannot wait to see her growth.” 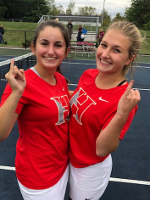 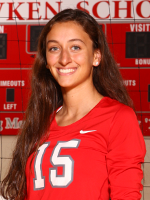 Name: Deena Akras
School: Hawken
Grade: 12
Stats: Recorded 42 kills, 20 blocks, 12 digs and was 16-of-18 from the service line in two matches
Coach’s Quote: “Deena is absolutely fierce when she gets into a rhythm,” Hawken coach Patty Hace said. “This past week, she played both right side and middle hitter for us in two tough matches. Her kills vs. Geneva kept us alive in our two tight sets that both ended 23-25. In our match vs. West Geauga, she connected so well with our Oriana, our setter, and became instinctive at the net putting away eight solo blocks that game. She brings a quiet energy to the floor and one that we’ll need in the coming week.” 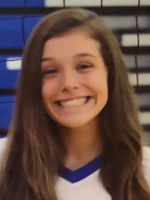 Name: Rylie Pucel
School: Grand Valley
Grade: 12
Stats: Recorded 20 kills, 57 assists, 51 serves and eight aces in three matches
Coach’s Quote: “Rylie is a strong leader on the court,” Grand Valley coach Anna Applebee said. “As a setter, she has stepped up and runs our offense well. She makes good decisions, is a smart player, and works hard for every point.”