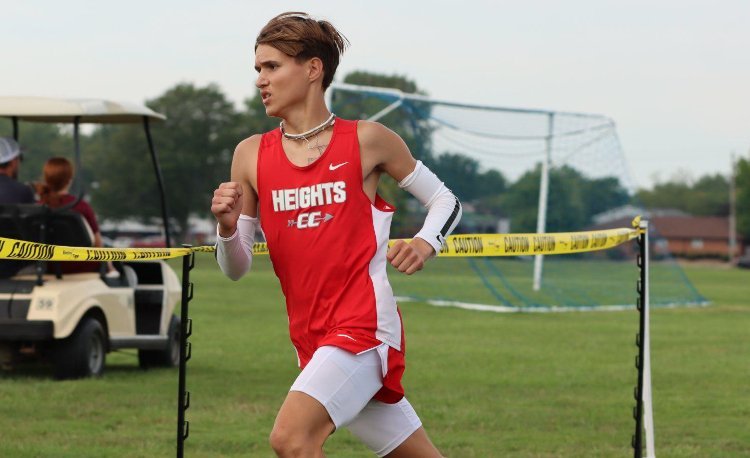 Each athlete was nominated by his or her coach. All statistics incurred from Monday, October 10, 2022 through Sunday, October 16, 2022. 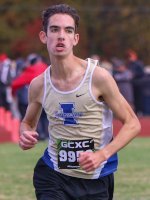 Name: Kyle McGovern
School: Independence
Grade: 12
Stats: Finished fourth in the Valley Division with a season PR of 17:52.2
Coach’s Quote: “Kyle ran his season’s best and PR in the CVC conference meet, exactly the part of the season when we need our runners to peak,” said Independence coach Vern Blaze. 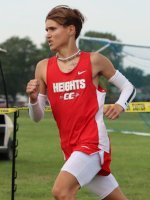 Name: Bradyn Rusch
School: Cuyahoga Heights
Grade: 11
Stats: Placed second in the Valley Division cross country meet with a time of 17:23
Coach’s Quote: “Bradyn has been a naturally-gifted runner since he was in the single digits and inspired to be a runner by his grandfather, Jack Beacon, also a former coach for Cuyahoga Heights and mentor to (me),” said Cuyahoga Heights coach Chadwick Robinson. “Fine-tuning Mr. Rusch’s running form and equipping him with the mental toughness to go along with his speed has been the secret to Bradyn’s quick success. Always hungry to learn more from any source of knowledge in the ‘running world,’ he is still getting faster and carving his way up the ladder as one of the best high school runners in the Northeast Ohio area.” 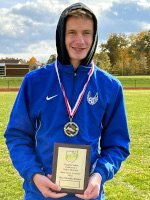 Name: David Steimle
School: Grand Valley
Grade: 12
Stats: Won the Valley Division title at the CVC cross country championships and was named league MVP
Coach’s Quote: “David ran a very strong race and won the CVC for the second year in a row,” said Grand Valley coach Kurtis Fisher. “He is setting himself up for a very strong postseason. He ran a 16:42 and won by a margin of 40 seconds.” 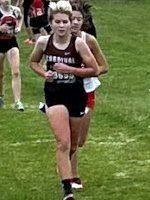 Name: Eve Kaminski
School: Cardinal
Grade: 9
Stats: Placed 12th at the Valley Division championships and was just the second freshman to cross the finish line
Coach’s Quote: “Eve has had an outstanding start to her cross country career,” said Cardinal coach Jennifer Fekete. “She has been a placer at many meets this year all while also competing as a varsity soccer player for the Cardinal soccer team. She pulls dual practices and even events some Saturdays. Eve was a strong middle school runner taking second last year in the middle school Valley conference championship race and I am excited to see how she develops in her high school career.” 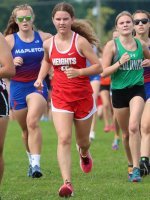 Name: Lauren Kattler
School: Cuyahoga Heights
Grade: 11
Stats: Ran a time of 25:13 at the CVC cross country meet to earn honorable mention honors
Coach’s Quote: “Lauren Kattler is one of the busiest and most driven student-athletes that I have ever had the pleasure to coach in my 14 years as head coach at Cuyahoga Heights High School,” said Heights coach Chadwick Robinson. “Ms. Kattler has continuously dropped her meet times each and every year and does so while also balancing her academics, involved in the marching band, sings with our Scarlet Angels Choir, and cheers for the varsity football games every Friday, rain or shine. She is a kind soul who is a team-first, natural-born leader and always gives a 110-percent effort.” 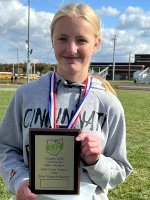 Name: Anna Steimle
School: Grand Valley
Grade: 10
Stats: Won the Valley Division title at the CVC championships and was named league MVP
Coach’s Quote: “Anna ran a very strong race and was able to win the CVC in her first full season running,” said Grand Valley coach Kurtis Fisher. “She is setting herself up for a very strong postseason. She ran a 20:04 and won by a margin of 13 seconds.” 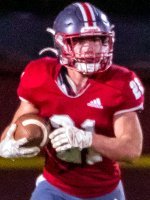 Name: Nate Blasiole
School: Crestwood
Grade: 10
Stats: Carried 43 times for 24 yards and one score; recorded 10 tackles, including one for a loss
Coach’s Quote: “For a sophomore to be able to carry the ball 43 times and also make 11 total tackles on defense shows the type of hardnosed football player he is,” said Crestwood coach Jack D’Amato. “When we needed him the most, he played his very best and that’s all that we ask from all of our guys. He left everything on the field and helped lead us to a win.” 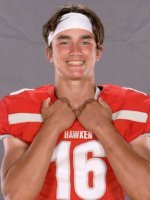 Name: Lucas Brandt
School: Hawken
Grade: 11
Stats: Completed 14-of-22 passes for 244 yards and five touchdowns with two two-point conversions; accounted for 34 points
Coach’s Quote: “Lucas was outstanding last week in a close loss against Harvey,” said Hawken coach Mark Iammarino. “When our top running back went down to injury he stepped up and really produced as our QB.” 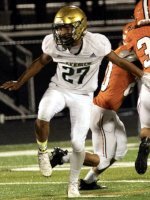 Name: Malachi Donahue
School: Lakeside
Grade: 12
Stats: Set a new school record for defensive productivity with eight solo tackles, 12 assisted tackles, three tackles for a loss, one sack, one forced fumble, and one fumble recovery resulting in 68 productivity points
Coach’s Quote: “Malachi’s individual effort Friday night was the best defensive performance we have had here at Lakeside in my tenure,” said Lakeside coach Buzz Edwards. “He was all over the field. Malachi has been a major component to our defense this year which has recorded three shutouts for only the second time in school history.” 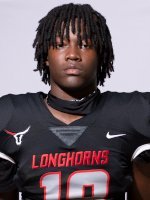 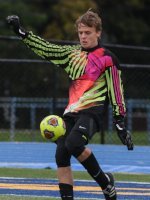 Name: Landon Jatsek
School: Independence
Grade: 11
Stats: Recorded two shutouts during the week with 15 saves
Coach’s Quote: “Landon Jatsek recorded his seventh shutout of the season in our win against Oberlin, then followed that up with his eighth clean sheet of the season in our 1-0 win on the road against a very tough Kirtland team,” said Independence coach Brien McDonald. “Kirtland pressed us hard throughout, but our Blue Devils’ defense and Landon responded every time. Landon is a dedicated athlete that puts in the work every day, is big on self-improvement, and is inspiring to watch.” 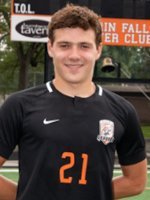 Name: Carter Kler
School: Chagrin Falls
Grade: 12
Stats: Scored three goals with two assists
Coach’s Quote: “Carter helped lead the Tigers to two victories this past week with three goals and two assists in wins over Geneva and Benedictine, pushing Chagrin to a 10- record to finish the regular season,” said Chagrin Falls coach Brian McKenna. “Carter is a spark on offense and, as a captain, has helped to guide his fellow teammates to success.” 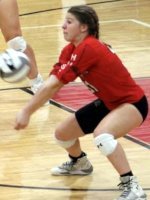 Name: Skylar Ehrhardt
School: Cardinal
Grade: 12
Stats: Recorded 77 digs during the week
Coach’s Quote: “Skylar works hard on the court, in the classroom, and in life,” said Cardinal coach Anne Mann. “She brings positive energy wherever she goes. She is a breath of fresh air. Skylar has taken the role of team captain and libero. She is a top leader in our conference and ranked 36th in Ohio for digs. She is someone you want on the court at all times. She leads the team by example on and off the court.”