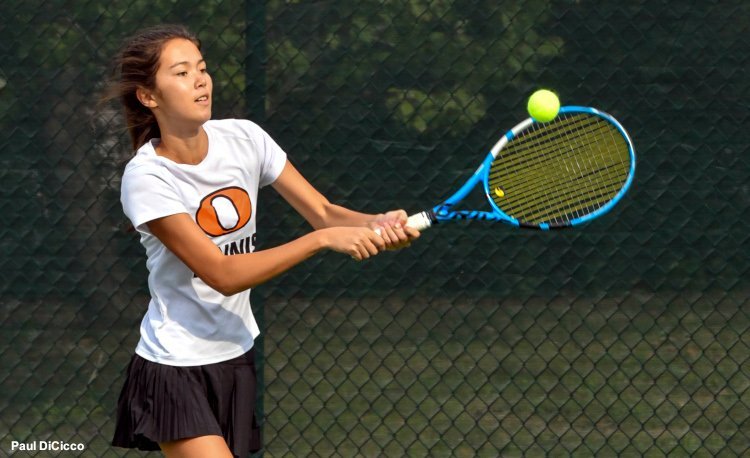 Two individuals and three doubles teams from the Chagrin Valley Conference earned state tournament berths with top-four finishes at the district championships over the weekend.

Orange senior Alexis Nyborg will return to the state tournament after she placed second at the district tournament and teammate Blake Rothchild, a senior, will join her after finishing fourth.

Nyborg, the defending Division II state runner-up, won her first two matches 6-0, 6-0 and then topped Hathaway Brown’s Summer Mu in the semifinals, 6-2, 3-6, 6-2. Due to injury, she withdrew from the championship bout against Laurel’s Ellie Brotherton with the score 2-6, 7-6, 1-1.

Hawken will send two doubles teams to the state tournament while Perry advanced one.

Senior Eliana Yang and junior Hayley Garber earned a return trip to the state tournament after placing second at the district tournament.

Hawken freshman Dani Forte and sophomore Bella Hsieh will join their teammates at the state tournament. They finished the district with a 2-2 record with a loss to the eventual champions in the semifinals and a 6-0, 6-4 setback to Perry’s team of junior Lily Walker and sophomore Audrey Austin in the third-place match.

The state tournament brackets will be posted here.
https://www.ohsaa.org/Sports-Tournaments/Tennis-Girls/Girls-Tennis-2022/2022-Girls-Tennis-State-Tournament-Coverage