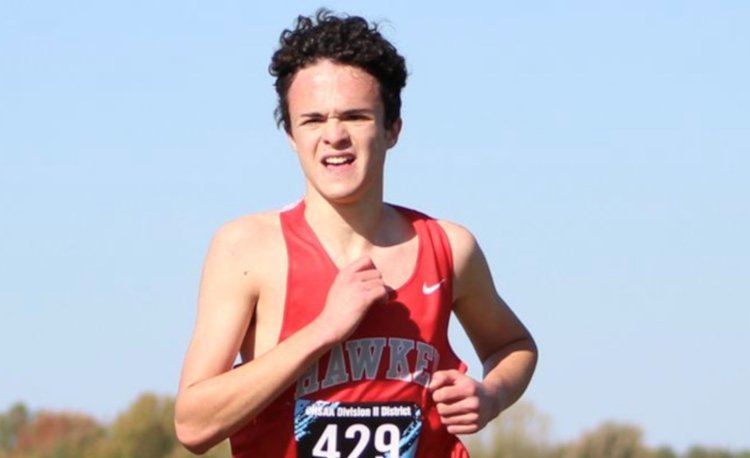 Athletes from 6 different schools have been named the Chagrin Valley Conference Athletes of the Week.

Each athlete was nominated by his or her coach. All statistics incurred from Monday, October 17, 2022 through Sunday, October 23, 2022. 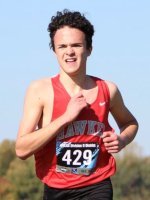 Name: Logan Miller
School: Hawken
Grade: 10
Stats: Placed 16th at the district meet with a new PR of 17:10.98
Coach’s Quote: “Logan Miller was the difference-maker for Hawken this week,” said Hawken coach Kim Curtis. “In finishing with a PR of 17.10, Logan gave his best performance in helping us secure our district championship. Logan has earned our confidence as the fifth-seed runner, and finished 16th in an impressive field of runners while nailing the personal goals he set for this race.” 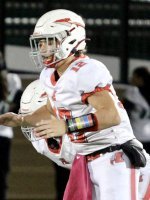 Name: Tony Hall
School: Edgewood
Grade: 11
Stats: Completed 19-of-28 passes for four touchdowns with 14 tackles on defense, including 10 solo stops, two tackles for loss, and an interception
Coach’s Quote: “Tony had one of the best statistical games I’ve ever seen,” said Edgewood coach Olajuwon Cooper. “He played at a high level offensively and defensively. I’m accustomed to Tony having great offensive games. Friday he showed he can be a high-level defender as well. Tony works extremely hard every day and is a great leader for us.” 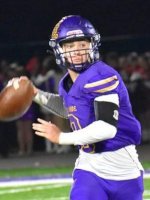 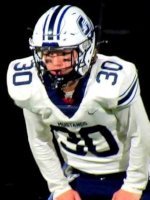 Name: James Phillips
School: Grand Valley
Grade: 12
Stats: Recorded 14 tackles and an interception and also ran for 54 yards
Coach’s Quote: “James was all over the field on defense recording 14 tackles in victory over a very skilled Beachwood team,” said Grand Valley coach Clinton Nims. “James also came up with a key interception that stopped a Beachwood drive that had made it deep into Mustang territory. James also played a selfless role on offense making some key blocks for a rushing attack that had 214 yards on the ground including 54 himself. James finished his career off with a bang with his two best games at the end of the season.” 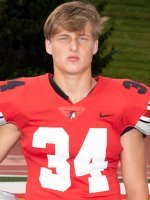 Name: Zach Zoladz
School: Cuyahoga Heights
Grade: 12
Stats: Recorded 11 tackles, including five solo stops, two quarterback sacks for a loss of 19 yards, and ran for a touchdown
Coach’s Quote: “Zach was flying around the field on defense and made a number of big plays in our win over Wickliffe,” said Cuyahoga Heights coach Al Martin. 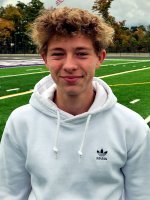 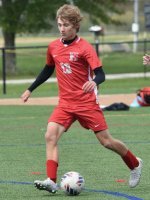 Name: Grant Nelson
School: Hawken
Grade: 12
Stats: Helped Hawken post a shutout in a win over Aurora
Coach’s Quote: “Grant Nelson has been a massive part of our team, leading by example and by his professionalism,” said Hawken coach Vlad Muresan. “He had a brilliant performance against Aurora in helping our team keep a clean sheet in the last game of the season. He can play in midfield or in defense, and our playoff dreams are dependent on his output for our team.” 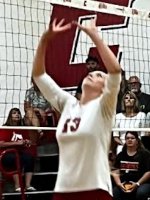 Name: Abby Guyette
School: Crestwood
Grade: 10
Stats: Scored 14 points with 29 assists, eight digs, and two blocks
Coach’s Quote: “Abby Guyette is an all-around player,” said Crestwood coach Wanda Hoffman. “She was one of our setters. Abby usually puts stats up on each of the categories; she can do it all. Guyette is only a sophomore, so I’m excited for the next two years. She will make a huge difference for our team. Her game will only continue to get stronger.”