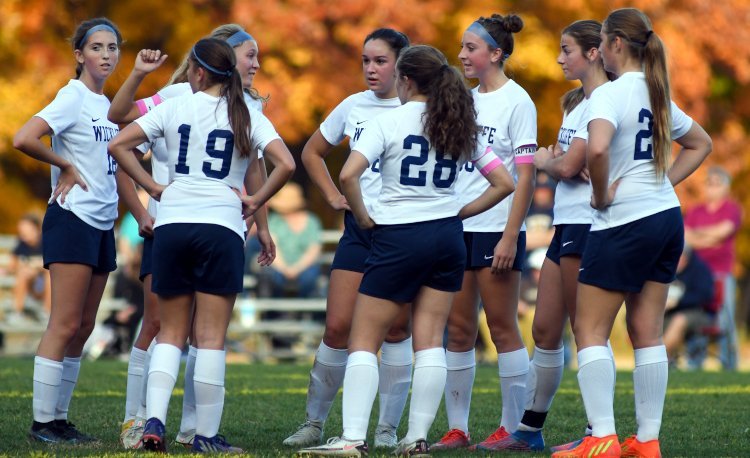 Wickliffe’s postseason run came to an end with a double-overtime loss to Norwayne in a Division III district championship game at Revere High School on Thursday.

After topping Kirtland, 1-0, in a double overtime game that began on Monday but finished on Tuesday, the Blue Devils once again found themselves in a bonus soccer situation against the Bobcats but this time, they came up on the wrong end of a 1-0 score.

“This was a phenomenal performance by the team,” said Wickliffe coach Steve Gribovicz. “Coming off a marathon 109-minute, two-day district semifinal to playing 101 minutes tonight, the work rate did not drop a bit. They played maybe the most organized game they have all season. I am very proud of this team and all that they have accomplished together this season.”

Wickliffe nearly won the game in regulation but a goal was taken off the board due to an offsides call.

“One of the biggest plays of the game for us was an offsides call in regulation that took a goal off the board,” Gribovicz said. “A re-entry ball was placed back into the box and volleyed into the net, however, the flag went up and a kick was taken.”

Cade Virgilio recorded seven saves for the Blue Devils, who finished the year with a 13-5-1 record.

“This outcome wasn’t what we wanted, but the experience will have an impact on each player involved and future teams within the program for years to come,” Gribovicz said. “The heart and desire that was on display were impressive. Both sides were giving it their all every minute of the game. We had many big-time plays defensively, especially against Vaughn, where (Annabella) Stoehr, (Madison) Kita, (Gabriella) Ervin, and (Gianna) Kelly were able to win challenges to prevent the shooting opportunities.”

Chagrin Falls and West Geauga also bowed out of the tournament with a loss in the Division II district championship.

The Tigers dropped a 3-0 decision to Bay while the Wolverines fell to West Branch, 2-0.