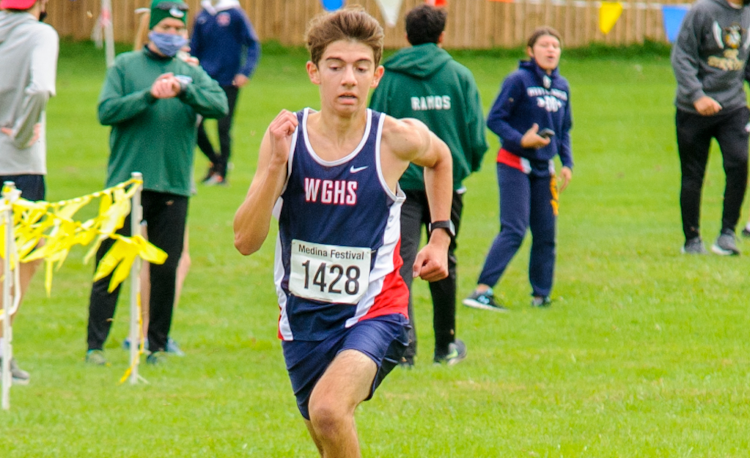 All statistics incurred during the week beginning Sept. 28 through Oct. 4. 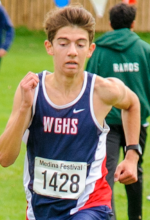 Name: Lorenzo Linek
School: West Geauga
Grade: 11
Stats: Finished seventh at Medina in 17:22 to help the Wolverines win the team title and seventh at the George Gross title to once again win the team title
Coach’s Quote: “Lorenzo has become an integral part of the West Geauga cross country team,” West Geauga coach John Boylan said. “The dedication, determination and enthusiasm that Zo has is contagious. One of the reasons why West Geauga is enjoying success this year can be contributed to Lorenzo.” 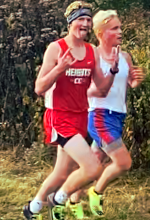 Name: Nate Menkhaus
School: Cuyahoga Heights
Grade: 11
Stats: Ran a time of 20:49 at Woodridge
Coach’s Quote: “Nate is an incredibly disciplined runner who is as coachable as they come,” Cuyahoga Heights coach Chadwick Robinson said. “Mr. Menkhaus constantly strives to get better with each practice and pushes himself to the absolute limit. Beyond that, he is even a better person. Nate is the epitome of a team player, puts others before himself, always, and cares about his teammates deeply. I couldn’t ask for a better student-athlete. I am lucky he is only a junior.” 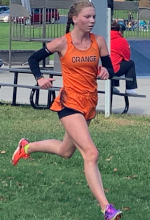 Name: Kate Halloran
School: Orange
Grade: 11
Stats. Set a new PR of 19:42 in a dual win and also placed first at the Streetsboro Quad with a time of 19:51 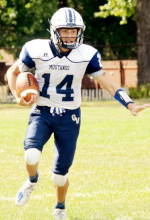 Name: Nathan Boiarski
School: Grand Valley
Grade: 10
Stats: Carried 22 times for 237 yards and two touchdowns
Coach’s Quote: “Nathan played a tremendous game from the very first snap to the end of the game,” Grand Valley coach Clint Nims said. “He scored both of our TDs and matched up against Crestwood’s top wide receiver limiting him to three catches for 18 yards. Nathan is a great kid that gives great effort on and off the field.” 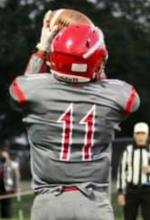 Name: Izaiah Harris
School: Edgewood
Grade: 11
Stats: Caught five passes for 133 yards with two touchdowns; recorded 7 ½ tackles, including three for a loss, and returned an interception 16 yards for a touchdown
Coach’s Quote: “Izaiah continues to improve each and every week and, despite his slow start due to an injury in week 1, he has reclaimed his spot among the elite two-way athletes in the area,” Edgewood coach Jon Butchko said. “He is a very athletic young man who can make plays in any phase of the game.” 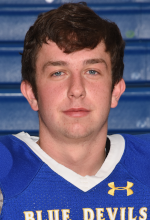 Name: Eric Mitrisin
School: Independence
Grade: 12
Stats: Recorded four tackles and picked off three passes; also caught two passes for 24 yards and one touchdown
Coach’s Quote: “Eric was our overall player of the game against Trinity,” Independence coach Rick Adams said. “Eric had major contributions of both sides of the ball including key blocks on offense to go along with his receptions.” 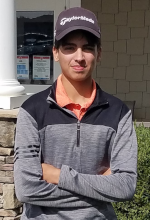 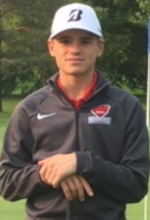 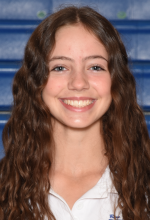 Name: Molly McGreal
School: Independence
Grade: 9
Stats: Shot a 94 to help the Blue Devils win the sectional title
Coach’s Quote: “Molly had a key score in our sectional victory this past Wednesday at Punderson,” Independence coach Karl Schuld said. “She is a very talented player and continues to improve every day. Her future is very bright.” 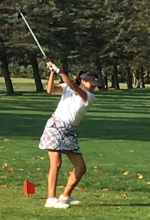 Name: Callie Wabeke
School: Lutheran West
Grade: 11
Stats: Shot a career-best 84 to finish third out of 91 golfers at the sectional tournament
Coach’s Quote: “Callie hit 10 of 14 fairways and had a career-best six pars and one birdie,” Lutheran West coast Dave Ressler said. “Callie put together her best round of the season at the perfect time. Her score helped the team finish as the sectional runner-up and qualify for districts for the first time since 2015. Callie has continued her improvement with every match of the season.” 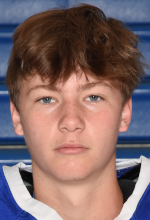 Name: Casey McGhee
School: Independence
Grade: 11
Stats: Scored two goals with two assists in a win over Padua
Coach’s Quote: “Casey had a big game against Padua on Saturday opening the scoring, assisting on a corner, scoring on a free-kick and sending a through ball to Emmett Stralka in our 4-3 win,” Independence coach Ryan MacRaild said. 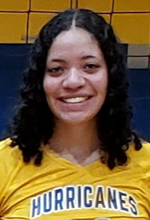 Name: Tianna Ruffin
School: Brooklyn
Grade: 10
Stats: Recorded 25 kills, 22 service points, eight aces and seven blocks
Coach’s Quote: “Tianna Ruffin leads our offense and is our go-to hitter, but she is really coming into her own with her blocking and leads our team in blocks and blocks still in play,” Brooklyn coach Debbie Hall said. “She continues to improve and grow more confident and strong each time she touches the ball. I see great things in her volleyball future.” 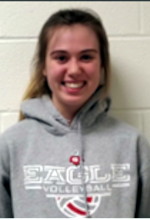 Name: Morgan Stoltz
School: Geneva
Grade: 12
Stats: Recorded 18 service aces and 186 digs
Coach’s Quote: “Morgan is an amazing defender and receiver. She leads our stats in both areas by far,” Geneva coach Annah Haeseler said. “Morgan is an aggressive player and definitely gives it her all. She has grown into a leader and a person her teammates look up to on and off the court. I am so proud of the player she is and I am lucky to have had the opportunity to coach her.” 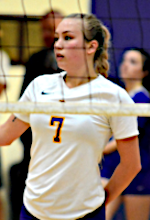 Name: Delaney Tucek
School: Berkshire
Grade: 12
Stats: Recorded 37 digs, including the 1,000th of her career, 27 points, nine aces and passed at 94-percent
Coach’s Quote: “Delaney’s career milestone this week is a result of four years of hard work and dedication to her game,” Berkshire coach Joni Prots said. “She has such great vision and court awareness so she reads and anticipates so well that she puts herself in a great position to make play after play. She has done a great job both on defense and on serve receive for us this year and has shown great leadership on the court.”