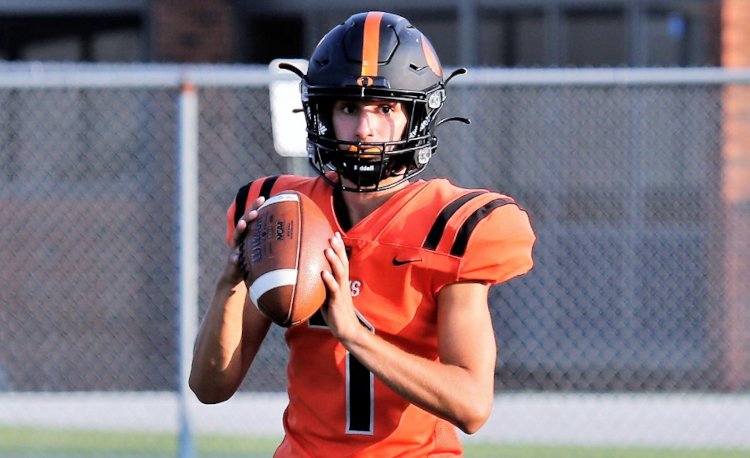 All statistics incurred during the week ending Sunday, September 5. 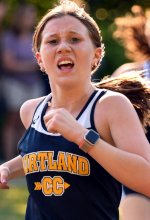 Name: Ainsley Borthwick
School: Kirtland
Grade: 9
Stats: Finished 21st at the Avon Lake Invitational
Coach’s Quote: “Ainsley continues to have a great start to her high school cross country career with another solid performance and a lifetime personal best,” said Kirtland coach J.P. Moran. “She has been running well and really helping our team place well early in the season.” 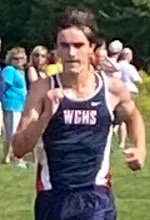 Name: Grant Congdon
School: West Geauga
Grade: 11
Stats: Finished eighth at the Avon Lake Invitational
Coach’s Quote: “Grant has become an integral part of the West Geauga cross country team,” said West Geauga coach John Boylan. “He has consistently been the number two runner this year. Last week, Grant finished eighth to lead the Wolverines to the team title at Avon Lake. Grant is highly motivated and continues to improve each week. Although Grant is quieter than most, his running speaks volumes.” 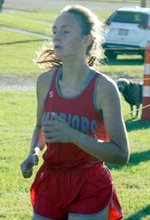 Name: Maddie Crooks
School: Edgewood
Grade: 9
Stats: Finished third at the Oscar Grant Invitational with a time of 18:52
Coach’s Quote: “Maddie ran in only her second race of her high school career and is already the second fastest girl in Edgewood school history,” said Edgewood coach Steve Hill. “She worked hard during the summer and continues to get better. We look forward to what she may accomplish at the end of the season.” 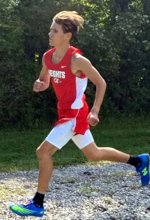 Name: Bradyn Rusch
School: Cuyahoga Heights
Grade: 10
Stats: Ran a personal best time of 18:44 at the Avon Lake Invitational
Coach’s Quote: “Bradyn has made huge leaps and bounds since midway through the last track season of spring in 2021,” said Cuyahoga Heights coach Chadwick Robinson. “Mr. Rusch has taken the role as a leader in cross country after his mentor and cross country/track state qualifier Darien Tillett handed him the torch upon graduating. Bradyn is still young, has an incredible drive and work ethic, a wonderful sense of humor, and is super coachable. There is no limit for this young man and we are hoping his thirst for success bleeds over to his also relatively young cross country teammates.” 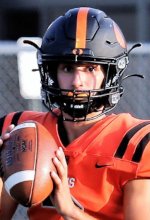 Name: Tony Fatica
School: Orange
Grade: 12
Stats: Was 10-for-13 passing for 81 yards and one TD; ran 22 times for 161 yards and 4 TD
Coach’s Quote: “Tony has done a great job learning and improving in his first season playing the QB position,” said Orange coach Adam Bechlem. “He managed the game well and was involved in all five of our TDs and also a two-point conversion that proved to be the difference in the game.” 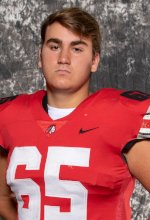 Name: Jacob Fovozzo
School: Cuyahoga Heights
Grade: 12
Stats: As a two-way lineman, paved the way for Heights to run for 284 yards and limited John Marshall to just 12 yards
Coach’s Quote: “Jacob was a force on both sides of the line of scrimmage,” said Cuyahoga Heights coach Al Martin. “At defensive tackle, he helped clog up the middle and limit John Marshall to 12 yards on the ground. At offensive tackle, he had a dominant performance which helped us run for 284 yards on the ground.” 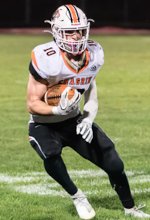 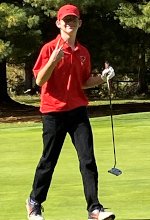 Name: Conner Callison
School: Cardinal
Grade: 12
Stats: Shot 43 and 38 in two matches
Coach’s Quote: “Conner took medalist honors in a big rivalry tri-match with Berkshire and Garrettsville Garfield with a 38,” said Cardinal coach Mike Topalian. “He is in a virtual tie for low scoring average and CVC points for the Huskies this year.” 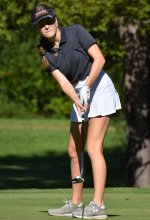 Name: Ali Holtz
School: Chagrin Falls
Grade: 12
Stats: Shot a team-low in two matches, including a 41
Coach’s Quote: “After she hosted a pre-match pep talk to motivate the squad, Ali fired a 41 that was essential in defeating Chagrin’s toughest opponent in the CVC, Independence,” said Chagrin Falls coach Kristin Reboul. “Ali’s unique competitive fire allows her to be uplifting and carefree while dialing in her game and playing well. With the team’s lowest scoring average, Ali is instrumental in every match and equally encourages fellow players. Chagrin is lucky to have Ali as a leader and a teammate.” 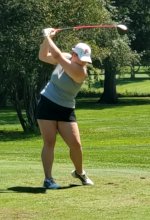 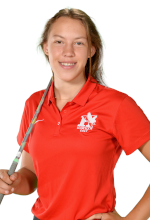 Name: Helena Yanchar
School: Hawken
Grade: 10
Stats: Averaged 57 strokes per nine holes
Coach’s Quote: “Helena is an excellent athlete and this is her first year playing golf,” said Hawken coach Jennifer Creech. “Being injured and unable to play volleyball this season, she decided to join the golf team and has been a huge asset to the team this season. This past week she had her lowest 9-hole score, shooting 53 at Fowlers Mill against Orange.” 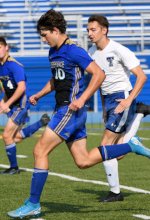 Name: Aidan Coljohn
School: Independence
Grade: 12
Stats: Scored two goals in a win over Open Door Christian School
Coach’s Quote: “Aidan has had a great start to the season with six goals in four games and a ton of opportunities,” said Independence coach Ryan MacRaild. “He has worked hard in the off-season and the results are showing.” 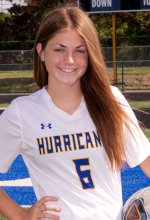 Name: Delaney David
School: Brooklyn
Grade: 11
Stats: Scored seven goals with five assists in two games
Coach’s Quote: “Delaney David is the driving force behind her team starting off their season 4-1,” said Brooklyn coach Alison Rafter. “Delaney is an unselfish player and hard worker. As a junior tri-captain, she has shown leadership on the field by being focused and determined to do the best she can during a game as well as setting up her teammates for success. In the Hurricanes’ last two games, Delaney has scored two hat tricks. She scored four goals against non-conference rival Keystone and three goals against conference rival Trinity. She is credited with five assists in those two games.” 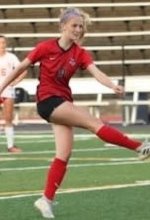 Name: Reagan Sturgill
School: Cuyahoga Heights
Grade: 12
Stats: Scored five goals with five assists in two games
Coach’s Quote: “Reagan has really become a true leader this season,” said Cuyahoga Heights coach Christy Zawadzki. “Not only is she the captain, but she is also who the girls turn to on the field. Her leadership is contagious.” 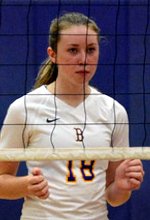 Name: Maddie Smetana
School: Berkshire
Grade: 10
Stats: Recorded 32 kills, 12 digs, nine service points, and two blocks in two matches
Coach’s Quote: “Maddie had a solid performance this week in our two matches,” said Berkshire coach Joni Prots. “She led the team in kills both nights and did a great job on defense when called upon. She has stepped up her performance and she wants the ball in big situations. I am excited to see her continue to grow as the season progresses.”