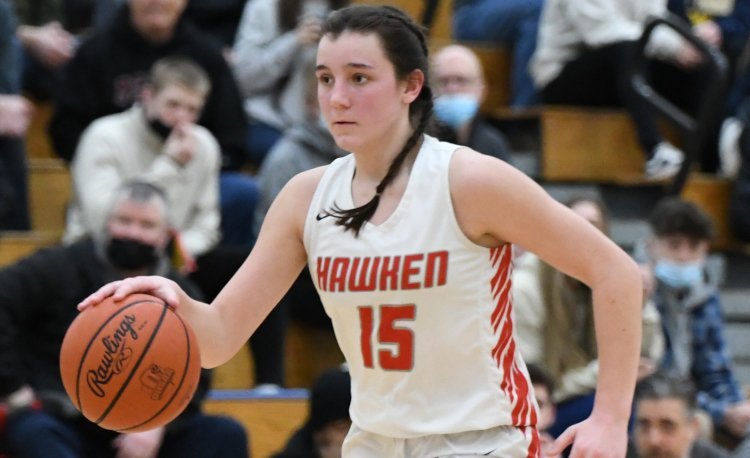 Edgewood improved to 4-0 with a dominating win over Orange. The Warriors jumped out to an 18-5 lead after the first quarter and led at the break, 35-8.

Kaci Kanicki continued to dominate as she scored a game-high 16 points for the Warriors. McKenna Vencill and Katie McCollister also scored in double figures for Edgewood with 12 and 10 points, respectively.

Alayeh Washington scored a team-high nine points for the Lions.

Hawken snapped a two-game skid with its win at Harvey on Friday. The Hawks got off to a fast start with a 13-4 first-quarter run and outscored the Red Raiders the rest of the way, 48-29.

Cami Courtad led Hawken with 13 points and Kate Bollinger added 12 for the Hawks.

Cuyahoga Heights went scoreless in the third quarter, but it didn’t matter as the Red Wolves already had built a 24-10 lead and held host Berkshire to just two points in the third frame. Heights went on to outscore the Badgers in the fourth quarter, 9-6, to seal its win.

Tess Conroy led all scorers with 17 points and Reece Frank added nine for the Red Wolves.

Taylor Blackwell scored a game-high 23 points and pulled down 11 rebounds to lead the Bison to victory. She also drained four free throws down the stretch to seal the one-point win.

Natalie Glowe scored a team-high 11 points and Emily Ridgeway added 10 to lead Kirtland to its third win of the season.