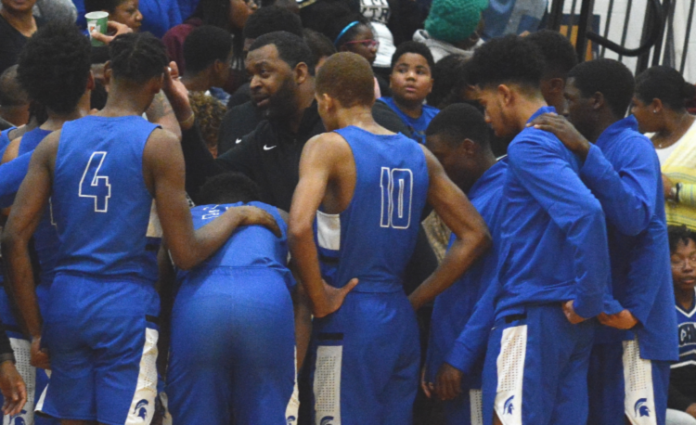 A shorthanded Richmond Heights team is as dangerous as ever.

Cuyahoga Heights found that out as the Spartans, who were missing two starters, pulled out a 63-38 win in a Division IV district semifinal at Brush on Tuesday.

Cuyahoga Heights has a knack for slowing down the tempo of a game and that worked for the most part in the first half as Richmond Heights led just 30-18 at the break.

The Spartans used a 14-0 run to start the second half to pull away from their league rivals.

Jaiden Cox-Holloway contributed to the win with nine points.

Top-seeded Richmond Heights will host No. 2 Dalton in a district championship game on Friday at Brush.