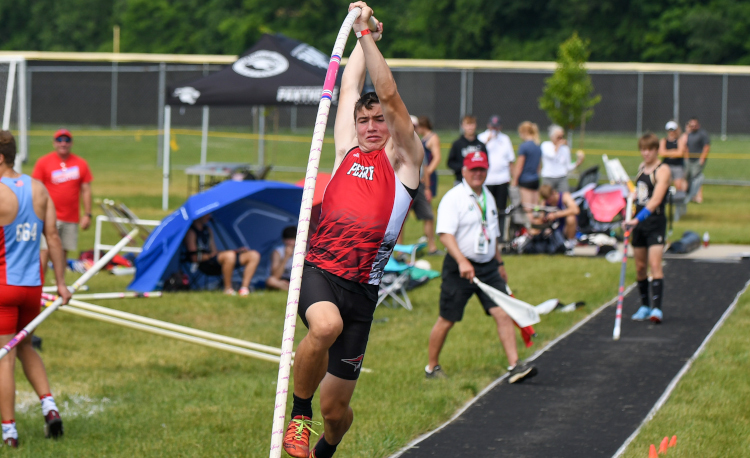 Perry’s Javin Richards won a state title and several other athletes from the Chagrin Valley Conference earned All-Ohio honors after one day of action at the 2021 OHSAA State Track & Field Championships on Friday at multiple locations in Columbus.

Beachwood’s Elizabeth Metz and Brooklyn’s Jenna Young finished as the state runner-up in their respective events at the Division II meet.

Metz threw the discus 142-feet, 1-inch while Young cleared 5-feet, 6-inches at the high jump. Metz will try to go two-for-two in All-Ohio honors when she throws the shot put on Saturday.

Wickliffe’s Jacob Lewis placed third in the long jump with a best leap of 22-feet, 5-inches and Chagrin Falls and Hawken both earned a spot on the podium in the 4×800-meter relay.

Chagrin Falls pushed both of its 4×400-meter relay teams into Saturday’s finals.

Morgan Kittle, Coffey, Tallulah Haskett, and Alberts placed fourth in the girls’ prelims with a time of 4:01.79, and Michael Tropf, Neimeier, O’Connor, and Zachary Lechman finished third in 3:24.22.

In Division III, Independence went 4-for-4 in the prelims on Friday.

Independence’s 4×200-meter relay team of Jack Taliaferro, Zygmunt, Stralka, and Josh Belitz broke its own school record with a time of 1:31.33, good for seventh place in the prelims.

Trinity’s Jack Maloney also advanced as he placed fifth in the 400 with a time of 50.49 seconds.

Geneva’s Charlie Taylor (discus) and William Hanchosky (800) will compete in the Division I finals.

Elizabeth Metz of @BeachwoodBison PR’d by 10 feet today to finish as D2 state runner up in the discus. pic.twitter.com/KmxrQdGIyp

Jacob Lewis of @WHS_Blue_Devils finishes in third place in the D2 Long jump with a personal record 22-5 on the final jump of his career. pic.twitter.com/xxQBpfoxTg