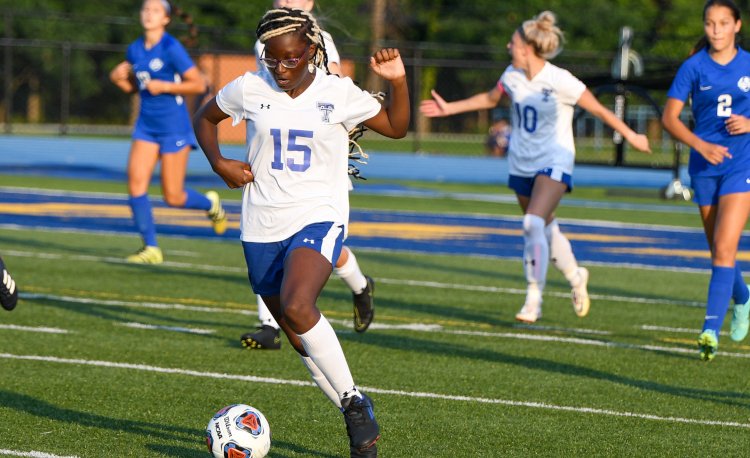 The OHSAA state playoff began on Monday and seven Chagrin Valley Conference teams opened the second season with a win.

Beachwood, Crestwood, Cuyahoga Heights, Hawken, Independence, Perry, and Wickliffe all won in the sectional semifinals and will play Thursday for a sectional championship.

The Bison defeated Shaw, 5-3, and will play at Lake Catholic in a sectional final on Thursday.

Crestwood beat Ravenna Southeast in dramatic fashion as the two teams battled to a 1-1 draw through regulation and two overtime periods. The Red Devils and Pirates both converted on three penalty kick tries that forced a sudden-death period. After both teams successfully converted their first sudden-death PKs, Kylie Krupp blocked a Southeast shot and Bella Leister delivered the game-winner for the Red Devils, who advanced to play at West Geauga on Thursday.

Hawken opened the playoffs with an 8-0 win over fellow CVC member Trinity and will play at Bay on Thursday.

Alex Adams recorded a hat trick in Independence’s 7-0 win over Kidron Central Christian to push her season total to 27 goals, tying the school record for goals scored in a single season. Mandy Kaufman, Alana Nowak, Maria Bellitto, and Makenna Rini also scored for the Blue Devils, who will travel to Columbia on Thursday.

Perry scored three goals in the second half to defeat CVC rival Geneva. Faye Makad scored off of her own corner kick and Marcella Rodriguez also found the back of the net. The Pirates also benefited from an own-goal late in the game. Perry will host Niles McKinley on Thursday.

Orange fell to Norwayne, 6-1. Sydney Sarver scored the lone goal for the Lions.

Edgewood, Harvey, and Lakeside all dropped their sectional semifinal games.