CVC titles on the line this week 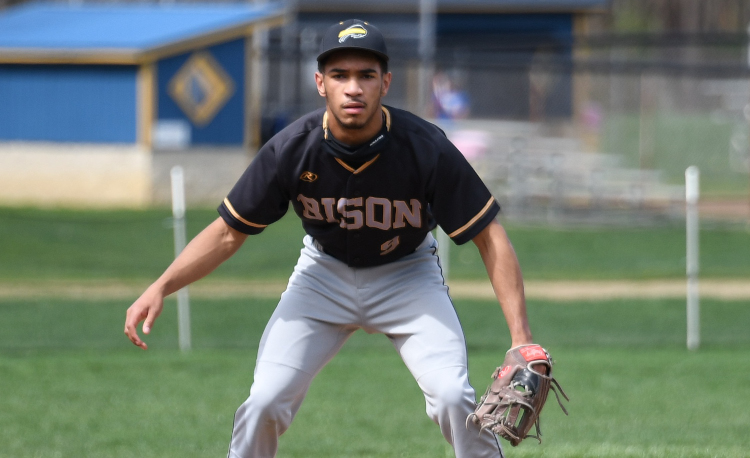 As the regular season nears its end so too do the marches toward a Chagrin Valley Conference baseball or softball championship.

All three baseball titles should be decided early this week.

Chagrin Falls (9-1) can clinch the Chagrin Division title with a win over Lakeside on Monday or Tuesday or a Hawken loss to Geneva. Hawken is 7-3 in the conference play. For the Hawks to earn a share of the title, they’d have to sweep Geneva this week and have Lakeside knock off Chagrin Falls in their two-game series.

Beachwood and Independence both enter their head-to-head series this week with identical 7-2 records. Either team can win the conference title outright with a sweep of the other. If the series is split, both teams would share the crown.

Kirtland and Berkshire will decide the Valley Division title this week with a head-to-head series scheduled for Monday and Tuesday. The Hornets are 10-0 and need to win just one game against 9-1 Badgers to win the title outright. Berkshire must sweep Kirtland to earn a share of the crown.

The roads to the conference softball championships aren’t quite as straight. In fact, there are roundabouts, 90-degree turns, and some moments where the GPS disconnects and teams will travel an unclear path.

For instance, Harvey leads the Chagrin Division with an 8-4 record, but Hawken (5-4) remains in the hunt for the title.

Harvey is 7-1 in divisional play but 0-4 in crossover games with the Lake Division. The Red Raiders have the clearest path to the title by winning its final crossover game against Perry combined with at least one loss from Hawken.

The Hawks are 5-2 within the Chagrin Division and 0-3 in crossover games. Hawken still has to play Orange within the division and two crossover games against Perry and Edgewood. If Harvey beats Perry, the Hawks will be forced to win out to earn a share of the conference title. Should Perry beat Harvey, the Bison can win the title outright by sweeping their remaining conference games or finish 2-1 to settle for a share of the crown.

Perry is the odds-on favorite to win the Lake Division. The Pirates are 9-0 in league play with games remaining against Harvey, Hawken, Beachwood, and Orange. Perry swept its Lake Division opponents (8-0) and is 1-0 in crossover games.

There exists a situation in the Lake Division where Perry could go undefeated against its divisional opponents and still lose the conference title if they lose all four of their remaining crossover games.

However unlikely that is, the Pirates can clinch the title outright with two wins and a Geneva loss or three wins.

Geneva is 10-2 in conference play. The Eagles are 6-2 against Lake Division opponents (0-2 against Perry) and 4-0 in crossover games. The Eagles will complete their conference schedule with a game against Orange.

Cuyahoga Heights and Independence are the favorites in the Metro Division.

Heights is 10-0, which includes a 7-0 mark against divisional opponents with one game against Independence remaining. Cuyahoga Heights is 3-0 in crossovers with three remaining against Kirtland, West Geauga, and Wickliffe.

Independence is 8-2 with losses to Heights and Crestwood, in a crossover game. The Blue Devils have one divisional game remaining against Heights and Trinity and two crossovers left on the schedule against Wickliffe and West Geauga.

For Heights to win the title outright it will take a win over Independence and two wins in their three remaining crossover games. Independence can help itself with a win over Heights but the Blue Devils also have to win out and hope for one or more of Heights’ opponents to pull off an upset.

West Geauga and Crestwood both are 6-2 in divisional play while Wickliffe is 6-3.

West Geauga will close out divisional play against Cardinal and the Wolverines also have four crossovers remaining against Brooklyn, Cuyahoga Heights, Independence and Lutheran West.

The Wolverines are the only team that can control its own destiny. If West Geauga wins out, the Wolverines will win the conference title. But, that’s easier said than done considering West Geauga will play the top two teams in the Metro Division.

Crestwood closes out divisional play against Kirtland and also has crossovers remaining against Brooklyn and Lutheran West.

Wickliffe’s last divisional game will be played against Berkshire and the Blue Devils also will play Cuyahoga Heights, Independence, and Trinity.

There are far too many scenarios here to paint an accurate picture. The clearest path for each is simply to win out and hope one of the other challengers drops a game.