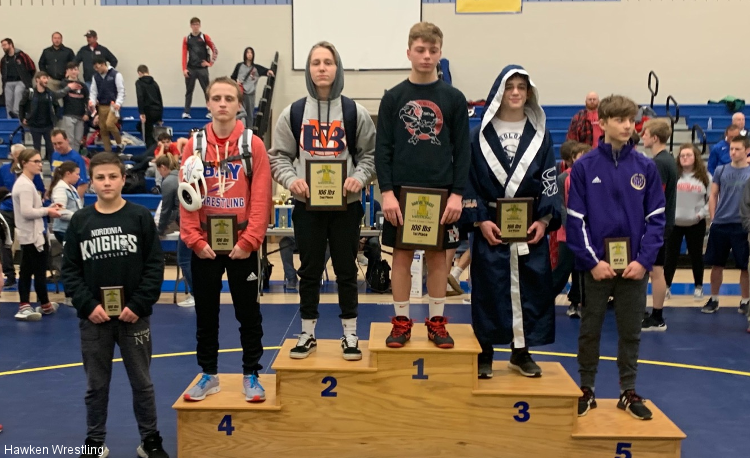 Three wrestlers from the Chagrin Valley Conference won individual titles at the 2019 North Coast Classic at Independence on Saturday.

Hawken’s Patrick Reineke, Perry’s Colin Koenig and Independence’s Braden Sears all won their respective weight classes while another 10 wrestlers from the league earned a top-eight placement.

Reineke, a sophomore, finished 8-0 at 106 with four pins, two technical falls and a 12-2 major decision over Berea-Midpark’s Austin Neel in the championship bout.

Koenig, a junior, was just as dominant in winning the 138-pound title.

He finished pool wrestling with a 7-0 record with six pins and a major decision. He added an eighth pin in the semifinals and beat Akron Ellet’s Samuel Lord in the championship bout by a 9-1 major decision.

Sears, a senior, pinned six of his seven opponents to win the 220-pound title. He pinned all five of his pool wrestling opponents and added a sixth fall in the semifinals round. He beat Tallmadge’s Ben Blankenship in the championship bout, 8-6.

Hawken’s Jackson Reineke finished second at 126 after a 7-4 loss to Berea-Midpark’s Shane Heil, who placed seventh in the Division I state tournament last winter. Lutheran West’s Donovan Palmer also earned a runner-up finish when he dropped a 5-4 decision to Mentor’s Lincoln Splete in the 160-pound championship match.