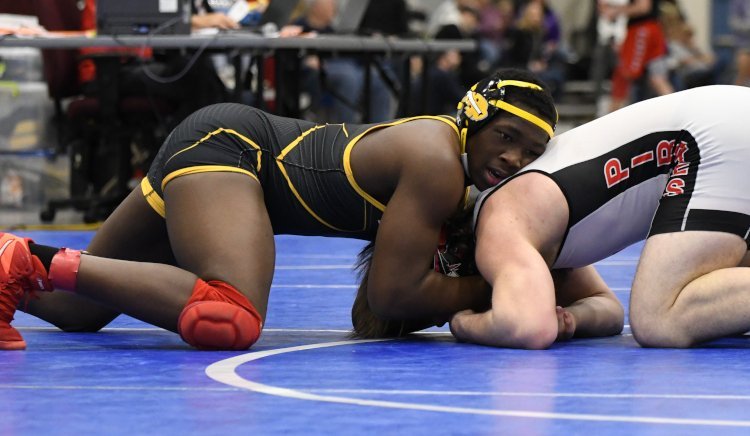 Here’s a look at how league wrestlers fared in their first competition of the season.

Berkshire turned in the best team performance as the Badgers finished second to Padua at Beachwood’s Ron Madow Memorial Tournament.

Colin Hering (106), Kosova Amadeus (144), and Josh Brown (165) each won individual championships for the Badgers while Johnny Heiden (150) and Alex Munn (157) finished as the runner-up in their respective weight classes.

Host Beachwood finished fourth as a team thanks to individual champions Eric Steckner (175) and Uzonna Nzekwe (215), the tournament’s Most Outstanding Wrestler, as well as eight other place-winners.

Crestwood had two top-six finishers at the Solon Comet Classic while Lakeside had one.

J.P. Wrobel of Crestwood placed third at 126 pounds and teammate Drake Rennecker was sixth at 144.

West Geauga was the CVC’s top finisher at the Hawken Invitational Tournament.

The Wolverines placed sixth overall while Cardinal was eighth and Orange also finished among the top 10 with its ninth-place finish.

West Geauga’s Justin Artino (165) and Cardinal’s Josh Ripley (175) both finished as the runner-up in their respective weight classes.

Geneva’s Michael Hupertz was the CVC’s top finisher at Madison’s Battle by the Lake.

Harvey had four wrestlers place among the top six.

Ramses Lopez placed fourth at 144, Melany Herrera was fifth at 106, and Veronica Pacheco (6th) and Juan Munoz (138) both finished sixth.