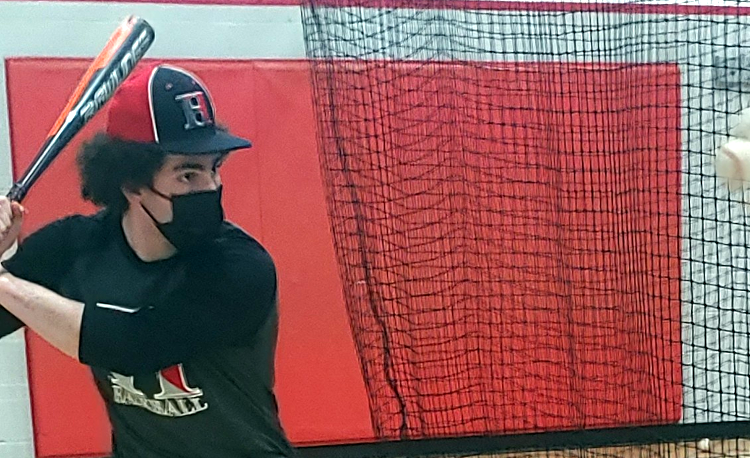 Hawken suffered through the lost season the same way as every other area high school baseball team but the Hawks are coming back this spring eager to see what they can accomplish with a deep pitching rotation and a solid lineup from top to bottom.

The Hawks return four starters from the 2019 season and have a host of others ready to step up to fill the remaining holes in the lineup.

“We had a very good offseason, with our core group of players working very hard individually to prepare for the season,” said Hawken coach Aaron Brandt. “Players really leaned into the idea of weight and speed training for baseball. Our starting lineup and pitching rotation seem strong but we won’t know until they actually have to compete.”

Hawken finished the 2019 season with a 6-18 record overall and won one of its two postseason contests.

Six players who saw varsity action that season return, leaving the Hawks with enough experience to be excited about their potential.

“We have high expectations for a very good season,” Brandt said. “A strong junior class is ready to step forward, mixed with a couple of seniors with experience, and a few promising underclassmen. The core players on our team were just freshmen and sophomores the last time we played a competitive game so getting a handle on where they now fit will be key and the lineup will have to be flexible early on as we round into the new spots.”

“Tommy Clark was a starter in the outfield as a freshman, but moves to first base now,” Brandt said. “Tommy has a quick swing that makes the ball jump off the bat. He will provide a spark to our offense and be counted on as a run producer. Tommy will also be an important pitcher who has worked hard to develop into a power arm.”

Sophomore Dominic Brancel is slotted to start at catcher.

“Dominic Brancel is an excellent catcher with a powerful swing at that plate,” Brandt said. “His ability to drive runs in will be one of the keys to our offense as he has shown tremendous gap to gap power. As a catcher, he has shown great skill, blocking and throwing, with the quickness in all areas to be a great field commander.”

Junior Devin Anthony is on pace to fill the top spot in the pitching rotation.

“(Anthony) will be our No. 1 pitcher after serving as the No. 2 arm as a freshman,” Brandt said. “He also will be one of the main pieces in the middle of our lineup, will spend time both on the left side of the infield, and see some time in the outfield. He has great control of three pitches on the mound and a very consistent left-handed swing at the plate.”

“We have excellent depth amongst our pitchers and hitters,” Brandt said. “The lineup will be strong top to bottom, and we have four quality pitchers working with a top-notch catcher. Like everyone, we lack experience in this level of competition. However, we do have many players who compete at high levels outside of the school season. There’s not much depth numbers-wise so we need to avoid injury. Our outfield has little experience at the high school level but we have good athletes there who continue to prove themselves.”